Clinicians know that treating schizophrenia effectively during the first 2 years after disease onset can have a great impact on what happens later. Identifying a prepsychotic profile that predicts the conversion to schizophrenia might allow for even earlier intervention to prevent or delay disease onset and to improve long-term prognosis if this conversion does occur.

“The search for a prepsychotic profile that predicts the risk of conversion to schizophrenia remains an experimental area; however, there are promising early returns.”

Clinicians and researchers are searching for ways to identify patients who are at risk of schizophrenia and to intervene to prevent or delay the transition from a high-risk state to full-blown disease. This is a very important—albeit currently aspirational—goal because schizophrenia is a serious illness that can often be quite disabling.

This is an area of considerable research, and approaches to identify such individuals include the Clinical High-Risk State for Psychosis paradigm. There is also a provisional diagnostic category in the Diagnostic and Statistical Manual of Mental Disorders, Fifth Edition (DSM-5), called attenuated psychosis syndrome (APS). Young people with APS have a condition that may be characterized by mood symptoms, anxiety, mild delusions, hallucinations, or disorganized speech, but without a clear psychotic disorder. Using such criteria, it is estimated that approximately 15% of these patients with APS will transition to a fully psychotic mental illness within 2 years, which represents a 200-fold increase in risk compared with the general population. Of those individuals who do not convert to psychosis, approximately 75% will develop other conditions with symptoms and functional impairment that require attention. Many of these patients are help seeking, but some 30% of those with schizophrenia do not experience a prodrome, so they do not go through a clinically identifiable high-risk state.

Researchers are looking to refine our understanding of already-identified risk factors to better predict the conversion to schizophrenia and to identify new risk factors that predict schizophrenia in individuals who do not have a prodromal stage as it is currently understood.

One area of research is focused on the relationship between inflammation and psychosis. Studies have not consistently demonstrated this relationship, but there are studies underway that are seeking to clarify inflammation’s potential role. For example, researchers are looking at microglia and are trying to understand their role and how introducing treatments might affect inflammation and reduce the potential for a transition to schizophrenia. In addition, biological correlates are being studied, such as the thinning of the prefrontal cortex, abnormal electroencephalogram signals associated with novelty detection and sensory memory, increased levels of stress hormones, altered gene and protein expression, synaptic plasticity, immune signaling, and altered activation and connectivity of different brain networks, particularly those involved in memory and cognitive functions.

The search for a prepsychotic profile that predicts the risk of conversion to schizophrenia remains an experimental area; however, there are promising early returns. For example, the NAPLS (ie, the North American Prodrome Longitudinal Study) has been following high-risk patients and providing treatment, where possible, while simultaneously conducting long-term follow-up to determine who converts to psychosis. Results of the NAPLS suggest that treatment can reduce the risk of conversion, and, in fact, if you trace this area of research generally, you will see that conversion rates in high-risk patients have declined over time. 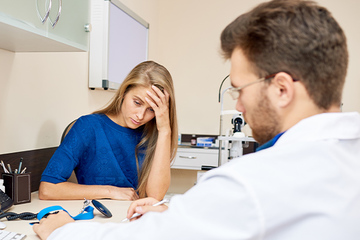 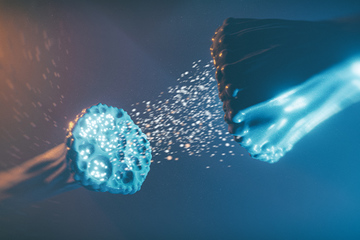 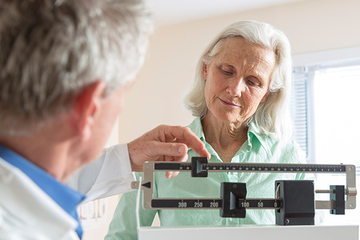