The looming epidemic of fragility fractures is linked not just to a decline in the preventive treatment of osteoporosis, but also to comorbidities in an aging population. Prevalent age-associated comorbidities oftentimes magnify the risk of osteoporotic fractures beyond the risk due to age alone.

Obesity and diabetes are linked to higher BMD, which may be less protective against fracture than formerly assumed. With respect to obesity, there is a growing awareness that the classical understanding of body mass index in osteoporosis may be oversimplified. Data from several studies suggest that the notion that obesity is protective against osteoporosis is somewhat of a half-truth, at great risk of being generalized and misapplied. The authors of a UK study published in 2010 reported, for the first time, an unexpectedly high prevalence of obesity (19.3%) and morbid obesity (8.4%) in postmenopausal women with a fragility fracture who presented to a Fracture Liaison Service. Some data comparing fracture incidence in obese vs lean patients appear to show that obesity is associated with a higher fracture risk at some sites, such as nonhip inferior limb fractures and proximal humerus fractures, but may be protective at other sites, such as hip fractures and, possibly, wrist fractures.

“BMD testing is strongly recommended in at-risk populations. Comorbidities such as cardiovascular disease may color an individual patient’s risk of falls and/or osteoporotic fractures.”

BMD testing is strongly recommended in at-risk populations. Comorbidities such as cardiovascular disease may color an individual patient’s risk of falls and/or osteoporotic fractures. For example, atherosclerosis and osteoporosis share common risk factors, and postmenopausal women with osteoporosis have been shown to be at an increased risk for cardiovascular events that was proportional to the severity of their osteoporosis at diagnosis. Sennerby et al concluded that cardiovascular disease is significantly associated with subsequent hip fracture risk, and genetic factors likely play a role in the association.

Further, atrial fibrillation (AF), which has been classified as an epidemic, may factor into the risk of falls and fractures in patients with osteoporosis. Data on the potential increased risk of AF with bisphosphonate use are conflicting; however, any increased risk of AF from oral bisphosphonate use is thought to be small, if present. Stroke and heart failure, 2 conditions that are strongly associated with AF, have been linked to a higher risk of hip or other osteoporotic fractures. Symptoms and complications of AF, such as weakness, dizziness, and decreased brain perfusion, may increase the likelihood of falls. Additionally, compared with individuals without AF, those with AF may experience accelerated rates of cognitive decline and have a higher burden of brain infarctions and white matter lesions, which have been linked to impaired gait, as well as an increased risk of falls and hip fractures. In addition, warfarin, an anticoagulant used to prevent stroke, has been associated with reduced BMD. Further, warfarin use has been linked to a higher risk of fracture in some, but not all, observational studies. In a recent retrospective cohort study, rivaroxaban and apixaban were associated with a significantly lower risk of osteoporosis in patients with AF compared with warfarin.

Osteoporosis and cognitive impairment or dementia commonly occur together and are linked to a high health care burden. Following a fracture, patients with dementia are less likely to recover to their prefracture functional status. Because of factors such as a high rate of falls, vitamin D deficiency, demographics, and lifestyle, individuals with dementia continue to have a higher risk of adverse outcomes, including sustaining further fractures, functional decline, institutionalization, and mortality, compared with patients without dementia. A 2018 study concluded that dementia is an independent predictor of mortality after hip fracture surgery. Indeed, predictors of a high risk for fragility fracture include age, female gender, white race, and family history—in addition to cognitive impairment.

Thus, the benefits of preventive therapy in optimizing bone quality are especially salient when viewed alongside common age-associated comorbidities that increase the risks of falling and sustaining fragility fractures.

Tom Iarocci, MD, is editor-in-chief of Engage Health Media’s Expert Perspectives in Medicine and Conference Reporter. Both publications seek to gain insights from experts in their respective fields and report on them for our audience of clinicians, all in a concise and timely format. He received his bachelor of science degree from the College of William and Mary in Williamsburg, VA; his master of science degree from the Department of Pathology at the University of Maryland in Baltimore; and his medical degree from the University Maryland School of Medicine.

Dr Iarocci has clinical and research experience in hematology/oncology and has authored and edited numerous articles in specialty medical niches for both professional and lay audiences. His early career in medical research and writing began at the American College of Radiology in Philadelphia, PA, where he assisted with clinical trials in diagnostic imaging and radiation oncology. His contributions to the Digital Mammographic Imaging Screening Trial were acknowledged in The New England Journal of Medicine in the article “Diagnostic Performance of Digital Versus Film Mammography for Breast-Cancer Screening.” An independent medical writer/editor since 2007, Dr Iarocci has authored articles for Medscape, MedPage Today, Verywell, and MDLinx. As a medical editor, he has reviewed hundreds of articles, including features for Cleveland Clinic’s ConsultQD. More recently, for Engage Health Media, he has been conducting expert roundtables and individual expert interviews leading to publications in diverse disease states such as chronic weight management, epilepsy, chronic lymphocytic leukemia, mantle cell lymphoma, multiple myeloma, major depressive disorder, multiple sclerosis, myeloproliferative neoplasms, advanced prostate cancer, rheumatoid arthritis, type 2 diabetes, and vaccine-preventable diseases. 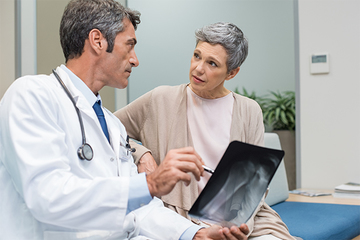 Preventing an Epidemic of New Osteoporotic Fractures in America

The long-standing gap in osteoporosis care is poised to usher in an epidemic of new fractures, threatening a return to high rates of hip fracture a...READ MORE 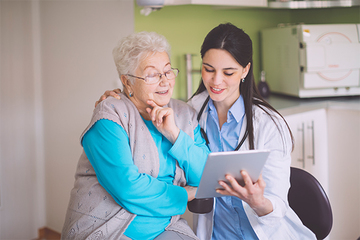 Risks vs Benefits of Osteoporosis Medications: Cutting Through the Noise

The risk-benefit ratio is positive for most women with postmenopausal osteoporosis, but many are more comfortable forgoing treatment. For those pat...READ MORE 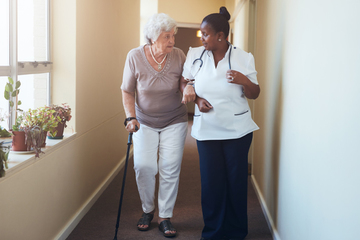