What are some future possibilities for combined targeting in mCRPC?

“We are just on the brink of testing some of these combinations. With the tumor heterogeneity in prostate cancer, it is very appealing to use agents with different mechanisms of action to gain a more complete response.”

Traditionally, we have lacked success with combinations in advanced prostate cancer, especially with docetaxel (ie, nothing seemed to combine well with it). However, with the novel androgen receptor (AR)–targeted agents, some newer combinations seem to be promising, especially those that add a different mechanism of action, such as a poly (ADP-ribose) polymerase (PARP) inhibitor. In contrast, we see that combining 2 novel AR-targeted agents does not appear to be beneficial.

PARP inhibitors seem to synergize well with AR-targeted agents. We know that proteins in the PARP family, such as PARP-1, have been implicated in the regulation of gene expression in prostate cancer, in addition to their role in DNA repair. Mechanistically, PARP-1 is recruited to sites of AR function, where it promotes AR occupancy and function. So, it makes sense that these drugs could work well together.

It is also interesting to combine PARP inhibition with radiotherapies because you are inducing DNA damage and then blocking DNA repair in cancer cells. We have seen some unfavorable effects with novel hormonal therapies plus radium-223 (ie, more fractures with the combination than with radium-223 monotherapy), but it remains to be seen whether lutetium Lu 177 vipivotide tetraxetan, which was recently US Food and Drug Administration approved, may combine better with AR-targeted agents.

We are just on the brink of testing some of these combinations. With the tumor heterogeneity in prostate cancer, it is very appealing to use agents with different mechanisms of action to gain a more complete response. Teasing out the right molecular population can be difficult in CRPC. The earlier use of AR and PARP inhibitor combinations, before we have castration resistance, could be very interesting, and there are some ongoing trials that are looking into that.

To date, we have at least 6 novel mechanisms of action from which patients with mCRPC can benefit, all of which have level-1 evidence showing an improvement in overall survival. We have the AR-targeted drugs, which include abiraterone, enzalutamide, apalutamide, and darolutamide. We have the taxanes (ie, docetaxel and cabazitaxel), which are microtubule inhibitors and work through a mechanism that is very different from that of the AR pathway–targeted therapies. We have radium-223, a radiopharmaceutical that, as Dr Dorff alluded to, creates double-stranded DNA breaks, promoting apoptotic effects in prostate cancer cells. PARP inhibitors, which represent a fourth novel mechanism of action, leverage synthetic lethality in the context of homologous recombination repair deficiency. We also have immunotherapy in the form of sipuleucel-T, which works by enhancing the presentation and recognition of prostate cancer antigens, and in pembrolizumab, which has a tumor-agnostic indication for patients with high microsatellite instability or even tumor mutational burden elevation. Now we have a sixth novel mechanism of action in the form of prostate-specific membrane antigen (PSMA)–targeted radioligand therapy, where lutetium is conjugated to a small molecule that binds PSMA.

“While there may be a temptation to use drug combinations more liberally in mCRPC, we really have to be sure that the benefit justifies the additive toxicity.”

As we move from left to right in the disease continuum, from hormone-sensitive to castration-resistant disease, it can become challenging to define optimal therapy in terms of adding different mechanisms. In the metastatic hormone-sensitive setting, we move the needle dramatically when we start intensifying ADT, as demonstrated from data ranging from earlier studies such as CHAARTED and LATITUDE to more recent studies such as PEACE-1 and ARASENS.

However, in patients with mCRPC, who are more heavily pretreated, the heterogeneity of the disease can make things much more challenging. For many patients with CRPC, the disease is not hormone insensitive; however, resistance mechanisms that develop may not be well characterized, such that we lack a means to overcome them therapeutically. Additionally, there is the potential for treatment-emergent neuroendocrine prostate cancer. While there may be a temptation to use drug combinations more liberally in mCRPC, we really have to be sure that the benefit justifies the additive toxicity.

I think that the data from the PROpel and the MAGNITUDE trials, with PARP inhibition in selected and unselected populations, remind us that research is not easy and is not always straightforward; many of us are waiting for more data, and I think that the jury is still out on PARP/AR inhibitor combinations in non–DDR-mutated patients. Do I believe that we will eventually develop rational combinatorial strategies? Absolutely. But I think that, right now, the best data for combination therapy and treatment intensification are in the metastatic castration-sensitive disease setting.

Tanya B. Dorff, MD, is associate professor of medical oncology and therapeutics research and section chief of the Genitourinary Disease Program at City of Hope, a top-ranked National Cancer Institute–designated Comprehensive Cancer Center in Duarte, CA. She completed her MD at the University of California, Los Angeles, where she was inducted into the national medical honor society Alpha Omega Alpha. She then went on to complete her residency at Mount Sinai Medical Center in New York, NY, and a fellowship in hematology-oncology at LAC + USC Medical Center in Los Angeles, CA. After nearly 10 years on faculty at the Keck School of Medicine of the University of Southern California, she moved on to City of Hope to develop a novel immunotherapy research program.

Dr Dorff has authored or coauthored nearly 150 publications, is the principal investigator for several grant-funded and investigator-initiated studies, and participates as a key investigator in national and international clinical trials. Her translational research includes leading a phase 1 first-in-human study of chimeric antigen receptor T-cell therapy for prostate cancer, as well as studies interrogating genomic and immune differences in diverse populations of patients with prostate cancer.

She is cochair of prostate cancer for the SWOG Genitourinary Cancer Committee and is leading efforts surrounding diversity, equity, and inclusion for that group. Dr Dorff is also a member of the National Comprehensive Cancer Network Prostate Cancer Guidelines Panel.

Robert Dreicer, MD, MS, MACP, FASCO, is the associate director for clinical research and the deputy director of the University of Virginia Comprehensive Cancer Center. He also serves as section mead of medical oncology and co-director of the Paul Mellon Urologic Cancer Institute. He is a professor of medicine and urology at the University of Virginia School of Medicine in Charlottesville. He previously served as chair of the Department of Solid Tumor Oncology at the Cleveland Clinic and deputy associate director for clinical research at the Case Comprehensive Cancer Center.

He is board certified in internal medicine and medical oncology. His areas of specialization are in the management of genitourinary malignancies and the design and conduct of clinical trials in urologic oncology. Dr Dreicer has published extensively in genitourinary oncology, and he has served as principal investigator for a large number of studies in genitourinary neoplasms. He served as co-chair of National Cancer Institute Genitourinary Cancers Steering Committee from 2012 to 2018 and is an editorial board member for The New England Journal of Medicine’s Journal Watch Oncology and Hematology. He also currently serves on the American Board of Internal Medicine’s Medical Oncology Longitudinal Assessment Approval Committee. In October 2016, he was awarded Mastership in the American College of Physicians.

Dr Shore has conducted more than 350 clinical trials focusing mainly on genitourinary oncology. He serves on the boards of Duke Global Health Institute, the Society of Urologic Oncology, and the Bladder Cancer Advocacy Network. He is a past president of the Large Urology Group Practice Association. He is a founder of both CUSP Clinical Trials Consortium and DASHKO (large urology practices data registries). He serves as the national urology research director for GenesisCare, US. He is the co-chair of the American Urological Association (AUA) International Prostate Cancer Forum and has served on the AUA Male Health and AUA Data committees, the Society for Immunotherapy of Cancer Task Force for Prostate Cancer and Bladder Cancer, and the Bladder Cancer Advocacy Network Bladder Cancer Think Tank. He is also a fellow of the American College of Surgeons.

Dr Shore has more than 250 peer-reviewed publications and numerous book chapters. He serves on the editorial boards of Reviews in Urology, Urology Times, Cancer Therapy Advisory (formerly known as Chemotherapy Advisor), OncLive, Urology Practice, and World Journal of Urology. He is the academic editor of PLOS ONE and the editor of Everyday Urology-Oncology Insights. He performs peer reviews for The Lancet Oncology, The New England Journal of Medicine, European Urology, The Journal of Urology, Urology, BJUI, Prostate Cancer and Prostatic Diseases, and numerous other high-impact scientific journals. 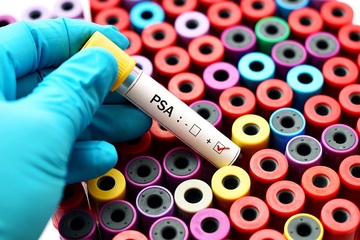 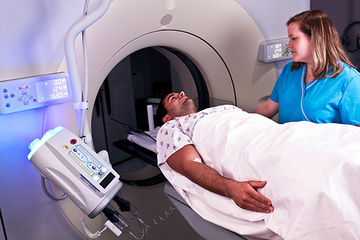 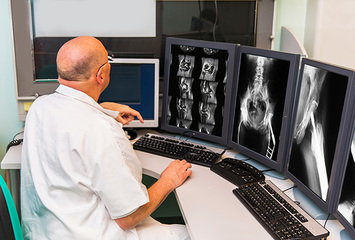