Dramatic advances have occurred in recent years in the treatment of non–small cell lung cancer (NSCLC). However, continued work is needed to achieve the goal of cure and/or extended survival.

What are some of the greatest needs and opportunities in the treatment of NSCLC?

"The more we can learn about incorporating some of these therapies into the early stage NSCLC setting, the more patients we might be able to cure.”

One of the dramatic advances in the treatment of NSCLC is the development of therapies that target KRAS G12C mutations. KRAS mutations have previously been considered not targetable. KRAS mutations are common in NSCLC, and KRAS G12C, in particular, occurs in approximately 12% to 13% of tumors. We have recently seen that KRAS G12C can, in fact, be targeted. Unfortunately, we currently only have targeted therapies for patients with the KRAS G12C mutation and there are a number of other common KRAS mutations for which we do not. These include KRAS G12V and KRAS G12D, as well as other oncogenic mutations in KRAS. So, this will be an important area for developing new targeted agents.

It is also important to try to translate the advances that we have achieved with late-stage disease into the early stage setting because the goal is to improve treatment outcomes in all stages. While we certainly want to continue to improve therapies for our patients with stage IV lung cancer, our ultimate goal is to cure people of lung cancer, and currently this is more achievable in the early stage setting. So, the more we can learn about incorporating some of these therapies into the early stage NSCLC setting, the more patients we might be able to cure.

“One of the things that we are hoping to be able to do is to delay disease progression and prolong survival in patients who respond to targeted therapy but have persistent disease that we cannot eradicate."

We currently have targeted therapies for genetic abnormalities in patients with NSCLC including EGFR, EGFR exon 20 insertions, KRAS, ALK, ROS1, BRAF V600E, RET, MET exon 14, and NTRK fusions. We see dramatic responses or at least stable disease in most patients with these mutations for a time. However, we have patients with low/stable growth and persistent disease. One of the things that we are hoping to be able to do is to delay disease progression and prolong survival in patients who respond to targeted therapy but have persistent disease that we cannot eradicate. For example, the irradiation of residual tumors with EGFR mutations may delay disease progression and improve survival. Ultimately, what we need to develop are more effective treatments by either adding additional drugs or developing more potent drugs, and we are beginning to achieve that.

As we have improved the specificity and potency of agents, the progression-free survival durations have increased from approximately 10 to 12 months with first-generation ALK inhibitors to approximately 3 years for our second- and third-generation ALK inhibitors. Similarly, for third-generation EGFR inhibitors, progression-free survival is now between 1.5 and 2 years. This effect of targeted agents on improved outcomes was captured in a 2020 study by Howlader and colleagues. They reported an inflection in the death rates, meaning that it slowed down, and that the 2-year survival rates increased by 9% among both men and women for those diagnosed in 2014 compared with those diagnosed in 2001. And so, while we do continue to have areas of unmet need, we are beginning to see the impact of our therapeutic advances in our patients with lung cancer in the real world.

“Another opportunity is in translating the advances that we have already achieved into the community setting.”

An important unmet medical need is the resistance that we see with tyrosine kinase inhibitors and with immunotherapy. While 15% to 25% of patients who receive immunotherapy achieve long-term survival, the other 75% to 85% are not achieving these outcomes. Thus, there is a lot of work to be done. There are many different pathways that we need to look at that might enhance the benefit of therapies in the future.

Another opportunity is in translating the advances that we have already achieved into the community setting. The improved survival that Dr Johnson mentioned has clearly been observed in the academic setting, but the improvement is less dramatic in the community setting. A study that we conducted in 2018 reported that, although there has been an overall improvement in survival in patients with NSCLC, there was a disproportionate increase in survival in academic centers compared with community-based centers. The effect was most pronounced for patients with adenocarcinoma vs those with squamous cell carcinoma. In 1998, the 2-year survival for adenocarcinoma was 12.3% for academic centers compared with 9.1% for community-based centers; in 2010, this increased to 20.5% for academic centers and to 15.5% for community centers. This is likely related to the more rapid adoption of testing and the more rapid adoption and understanding of the newer therapies. These discrepancies are likely to continue, given how fast therapeutic paradigms are changing. It is a lot to keep up with, especially if you are managing multiple cancer types, but we somehow need to translate the advances more rapidly into routine clinical oncology practice.

Jeffrey Crawford, MD, is the George Barth Geller Professor for Research in Cancer and lead principal investigator (PI) of National Clinical Trials Network (NCTN) LAPS Grant in the Duke Cancer Institute in Durham, NC. He earned his medical degree from Ohio State University and completed his internship, residency, and hematology/oncology fellowship at Duke University Medical Center. Dr Crawford served as chief of the Division of Medical Oncology for 10 years prior to assuming his current leadership roles. He also served as chair of the National Comprehensive Cancer Network Myeloid Growth Factors Panel for 15 years. 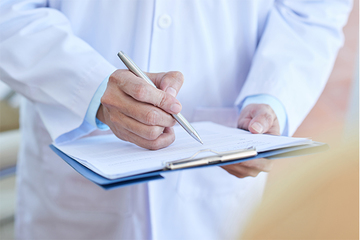 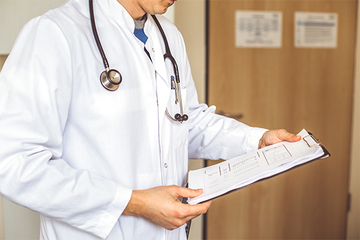 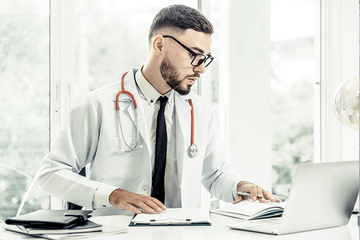