Management of Toxicities in Patients Being Treated for Polycythemia Vera

by Ruben A. Mesa, MD, FACP Share with Doximity!

First-line hydroxyurea is a therapeutic mainstay for cytoreduction in patients with polycythemia vera (PV); however, not all individuals with PV meet the treatment goals at the tolerated doses. Hydroxyurea is associated with hematologic and nonhematologic toxicities that may require a switch to a second-line cytoreductive agent.

“Other patients on hydroxyurea may achieve the target hematocrit level, but their platelet counts are too high and they are neutropenic. It then becomes like robbing Peter to pay Paul.”

Dose-limiting toxicity with hydroxyurea is certainly a problem for some patients with PV. For example, some individuals may have neutropenia (with or without adequate control of the hematocrit or platelet count) at the hydroxyurea doses that they are able to tolerate. The  worst-case scenario involves the patient who is slightly neutropenic, but with platelet counts that are still too high and who still requires phlebotomy to control their hematocrit level. Other patients on hydroxyurea may achieve the target hematocrit level, but their platelet counts are too high and they are neutropenic. It then becomes like robbing Peter to pay Paul.

Some retrospective studies have reported an association between hydroxyurea resistance or intolerance and an increased risk of transformation to primary myelofibrosis or acute myeloid leukemia. The magnitude of the leukemogenic potential of hydroxyurea in PV is controversial and it is difficult to study. If there is an effect, I do not believe that it is a dramatic one, but I do tell my patients with PV that there is sufficient evidence for concern regarding the long-term safety of hydroxyurea. Without question, hydroxyurea use is clearly linked to the development of cutaneous lesions, such as leg ulcers. There have also been reports of skin carcinomas with prolonged hydroxyurea treatment.

There is limited evidence regarding the leukemogenic potential of second-line therapies for PV. Pegylated interferon may cause autoimmune disorders, mood disorders such as depression, and elevated hepatic enzyme levels. Busulfan, which is not commonly used for PV, may cause severe cytopenia and is likely more leukemogenic than other second-line therapies. Ruxolitinib may be associated with a slightly increased risk of shingles and nonmelanoma skin cancers; however, it is challenging to single out the adverse effects of this agent because most patients on ruxolitinib were previously treated with hydroxyurea, sometimes for long periods.

Ruben A. Mesa, MD, FACP, began his tenure as director of the National Cancer Institute (NCI)–designated UT Health San Antonio MD Anderson Cancer Center and May’s Family Foundation Distinguished University Professor and Chair in August 2017. He recently concluded his term as chair of the Division of Hematology & Medical Oncology at Mayo Clinic in Arizona and deputy director of the Mayo Clinic Cancer Center.

Dr Mesa is committed to improving the therapeutic options and quality of life for patients with cancer, and he has focused his efforts on the chronic leukemias known as myeloproliferative neoplasms (MPN), including polycythemia vera, essential thrombocythemia, and myelofibrosis.

Dr Mesa has been principal investigator (PI) or co-PI of more than 70 clinical trials for patients with MPN or other myeloid disorders. He played a lead role in the US Food and Drug Administration approval of ruxolitinib for multiple indications and leads the development programs for pacritinib, momelotinib, ropegylated interferon, and fedratinib. He has been a funded investigator from the NCI throughout his career and currently serves as co-PI of the NCI Program Project Grant–funded Myeloproliferative Disorders Research Consortium, where he co-leads the clinical trial consortium. He was the inaugural chair of the National Comprehensive Cancer Network Guidelines Panel for MPN, which launched the first guidelines for myelofibrosis, polycythemia vera, and essential thrombocythemia. Dr Mesa also served as chair of the Arizona Cancer Coalition, which oversees the Arizona Cancer Control Plan and works with the Arizona Department of Health Services in advocating for cancer in Arizona. He plays a range of leadership roles with the American Society of Hematology, is a clinical advisor to the Leukemia & Lymphoma Society, and is chair of the Standing Science and Education Committee for the International Society of Hematology.

Dr Mesa has been the recipient of several awards throughout his career as an educator, an investigator, and a clinician, such as the 2013 Mayo Clinic Investigator of the Year Award, the 2015 CancerCare Physician of the Year, and the 2013 patient-awarded MPN Hero Award. He has more than 800 lifetime medical publications, including editing several textbooks on MPNs, and more than 300 peer-reviewed manuscripts. He also serves as the editor-in-chief of Current Hematologic Malignancy Reports and as an editorial board member for several journals, including Blood, the Journal of Clinical Oncology, the Journal of the National Cancer Center Network, Advances in Hematology, the European Medical Journal – Hematology, the Journal of Blood Disorders & Transfusion, Revista de Hematología, and Revista Hematologica Mexicana. He is a frequently invited speaker on topics related to cancer, MPN, and cancer survivorship, with more than 600 such lectures and visiting professorships, nationally and internationally. 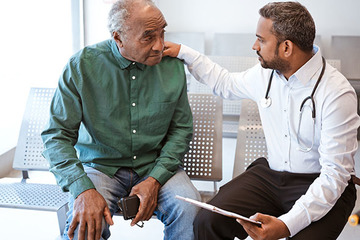 Traditional and Nontraditional Risk Factors in Patients With Myeloproliferative Neoplasms

The risk of vascular complications in patients with myeloproliferative neoplasms (MPN) may be predicted by older age, history of thrombosis, and ot...READ MORE 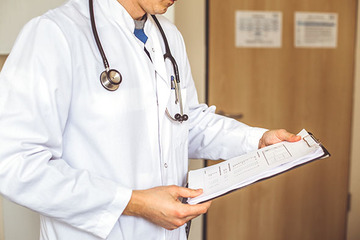 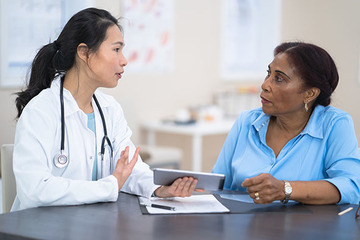 Resistance or Intolerance to Hydroxyurea in Patients With Polycythemia Vera

Many patients with polycythemia vera (PV) benefit from hydroxyurea therapy, but some develop resistance or intolerance, as manifested by the persis...READ MORE