Mantle cell lymphoma (MCL) is characterized by an aggressive disease course and brief remissions in response to standard therapies. Our featured experts discuss the potential roles of newer targeted therapies in patients with early relapse of MCL.

Q: How do you approach the treatment of patients with early relapse of MCL?

“The use of molecular targeted therapies is an important advancement in the treatment of relapsed MCL.”

The definition of early relapse of MCL can vary according to patient age, treatment intensity, and other clinical factors. In patients with follicular lymphoma, it has been shown that remissions lasting less than 2 years are consistently associated with worse overall survival compared with longer remissions. The literature in MCL is not quite as robust, but preliminary studies are demonstrating similar findings. A young patient with MCL who is treated with intensive frontline combination chemotherapy and autologous stem cell transplant with rituximab maintenance can expect an average remission of 7 to 9 years. In contrast, an older patient with MCL, who is more likely to receive bendamustine-rituximab with or without maintenance, can expect an average remission of approximately 3 to 4 years. The point is that a brief remission in one patient may not be the same thing in another patient. I think that we need a more precise characterization of outcomes of early relapse in both groups of patients (ie, young patients treated intensively, older patients treated less intensively).

We know from the emerging literature that the underlying tumor biology is different in patients with shorter and longer remissions. The TP53 mutation predicts resistance to just about any conventional cytotoxic chemotherapy we can come up with. Patients with TP53 mutations tend to have shorter first remissions and poorer overall survival compared with those without this mutation. There are other patients without TP53 mutations who have brief first remissions, and we do not fully understand the biology behind these early relapses.

The use of molecular targeted therapies is an important advancement in the treatment of relapsed MCL. The response rate to Bruton tyrosine kinase (BTK) inhibition in relapsed MCL is approximately 60% to 70%, and the average duration of remission is approximately 18 months. Other targeted therapies such as lenalidomide, bortezomib, and the BCL-2 inhibitor venetoclax have shown good activity in relapsed MCL. One problem is that we can exhaust our options for targeted molecular agents rather quickly. One might get 18 months of remission with a BTK inhibitor, another 8 months after switching to lenalidomide, but then start running out of options. We need to identify combinations of targeted agents that produce deeper, better-quality remissions.

“Early relapse of MCL calls for a restaging of the patient and a reassessment of the disease.”

I think that early relapse of MCL calls for a restaging of the patient and a reassessment of the disease, particularly with regard to the Mantle Cell Lymphoma International Prognostic Index score, 17p deletion, TP53 mutations, SOX11 transcription factor, and the Ki-67 proliferation marker. High expression of SOX11 is associated with nodal, aggressive MCL and a shorter response to combination chemotherapy. In relapsed MCL, patients with 17p deletion frequently have mutated TP53 in the retained allele, effectively rendering p53 nonfunctional. This effect essentially nullifies the ability of chemotherapy to induce apoptosis in malignant cells. However, the normal hematopoietic organ still has functional TP53, and, so, the problem can oftentimes be treatment-related myelosuppression in the absence of tumor clearance.

The advent of targeted therapy has been a tremendous advantage for patients with MCL. Second-line acalabrutinib has been well tolerated and appears to provide relatively high rates of complete remission, approaching 40% in some studies. Ibrutinib administered in combination with anti-CD20 monoclonal antibody represents another attractive second-line option, with response rates in the 20% to 30% range. We are anxiously awaiting the development of newer molecular therapies that target other receptors and signaling pathways.

“Our therapeutic options for relapsed MCL are limited, and we need to think about treatments sequentially.”

A younger patient with MCL who receives an intensive induction therapy such as hyper-CVAD or the NORDIC regimen followed by autologous stem cell transplant and rituximab maintenance is very different from an older patient who is managed less aggressively. If that younger patient relapses within a few years of completing intensive therapy, we would most likely start treatment with a BTK inhibitor and rituximab maintenance. We might also consider the option of allogeneic stem cell transplant, depending on the characteristics of the patient and the likelihood of bringing the disease back under control. On very rare occasions, allogeneic transplantation can produce what we consider to be a cure of MCL, although there are some late relapses and many complications associated with this treatment.

An older patient with MCL who relapses early following autologous stem cell transplant, say at 3 years, would most likely receive BTK inhibition with ibrutinib or acalabrutinib and achieve a good response, but, eventually, would relapse. The next option at this point would likely be venetoclax with or without rituximab. Our therapeutic options for relapsed MCL are limited, and we need to think about treatments sequentially as far as which to use now and which to reserve for later, if needed.

Thomas J. Kipps, MD, PhD, is Distinguished Professor of Medicine, Evelyn and Edwin Tasch Chair in Cancer Research, and Deputy Director of Research Operations at the UC San Diego Moores Cancer Center. He is internationally renowned for his translational research on immunologic approaches for the treatment of cancer and understanding the biologic mechanisms that contribute to cancer, in particular CLL. He is an award recipient with more than 30 years of experience in combining research and clinical care responsibilities and more than 400 peer-reviewed publications. He developed the humanized anti-ROR1 mAb cirmtuzumab.

Julie M. Vose, MD, MBA, is the Neumann M. and Mildred E. Harris Professor and chief of the Division of Oncology/Hematology at the University of Nebraska Medical Center in Omaha.

Dr Vose received her medical degree, completed her residency in Internal Medicine as chief resident, and completed a fellowship in Hematology and Oncology at the University of Nebraska Medical Center. In addition, she completed a sabbatical at Stanford University, and continued her education by obtaining an MBA in Health Administration from the University of Colorado Leeds School of Business.

Dr Vose has focused her career on translational research aimed at the improvement of therapy for non-Hodgkin lymphoma (NHL) and Hodgkin lymphoma by developing a focused translational research program evaluating novel therapies such as radiolabeled monoclonal antibodies, idiotype vaccine therapies, pathway-directed agents, stem cell transplantation, and chimeric antigen receptor T-cell therapy. Further, her funding record and extensive publications on NHL therapy and transplantation research have added substantially to the research and knowledge base for lymphoma therapy. As a result of her NHL research, Dr Vose has been recognized nationally and internationally through worldwide research awards and invited lectureships. She is a past president of the American Society of Clinical Oncology. 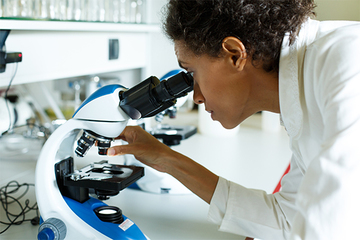 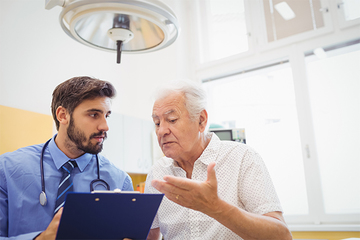 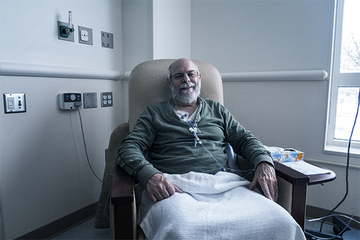