“Understanding the type of GIST mutation that is present is really the key first step in determining which therapy should be used to treat the patient.”

GIST are generally thought to arise when an interstitial cell of Cajal acquires a mutation in KIT or its sister kinase PDGFRA. Approximately 80% of GIST harbor KIT mutations, while roughly 10% have mutations in PDGFRA. The remainder harbor various distinct mutations, including those that lead to succinate dehydrogenase (SDH) deficiency. Understanding the type of GIST mutation that is present is really the key first step in determining which therapy should be used to treat the patient.

The most common KIT-mutant GIST result from primary mutations in exons 11 and 9. First-line imatinib improves survival in most patients with GIST. Median overall survival for those diagnosed with metastatic GIST had been just 9 months in the pre-imatinib era; today, we see a median overall survival of approximately 8 years in our practice. This reflects the use of not only imatinib but also sunitinib, regorafenib, and some of the newer agents that are on the verge of becoming available.

Every patient at our GIST clinic undergoes next-generation sequencing and/or circulating tumor DNA testing to guide treatment and to help us understand the drivers of resistance. KIT inhibition by imatinib is often effective initially, but preexisting GIST clones may harbor secondary mutations that portend resistance to imatinib. Acquired resistance to imatinib typically results from the expansion of subpopulations with different KIT secondary mutations that cluster in 2 regions of the kinase: the ATP-binding pocket (which is also the site of imatinib binding) encoded by exons 13 and 14 and/or the activation loop encoded by exons 17 and 18. Shifting from an inactive state to an activated state is dependent on the interaction of 1 region of the kinase called the activation switch with another area called the switch pocket. Newer molecules, such as the switch control kinase inhibitor ripretinib, have been designed to potentially address a wider range of the known mutant, or amplified, forms of the kinase. Ripretinib was recently approved for the treatment of adults with advanced GIST who have received prior treatment with 3 or more kinase inhibitors, including imatinib. With respect to resistant GIST, sunitinib is very effective against resistant mutations that occur at exons 13 or 14 but is not very effective against exon 17– or exon 18–resistant mutations. Conversely, regorafenib is not very effective for mutations in exons 13 or 14, but some evidence supports its activity against exon 17 mutations. PDGFRA-mutant GIST represents yet another category, of which exon 18 D842V substitution is most common. This substitution activates the kinase in such a way as to render it resistant to imatinib, sunitinib, and regorafenib. There had been no treatment for PDGFRA D842V–mutant GIST; however, avapritinib was recently approved by the US Food and Drug Administration for use in adults with unresectable or metastatic GIST harboring this specific mutation.

Other important categories include SDH-deficient GIST. Unfortunately, there are no therapies available that directly target the loss of SDH. GIST caused by SDH germline mutations are clinically important in that they may be syndromic and linked to a higher risk for other malignancies. Other rare GIST mutations (eg, BRAF, NF1, NTRK) are potentially targetable and are therefore also important clinically (ie, you would not want to treat a BRAF-mutant GIST or an NTRK-mutant GIST with imatinib).

Dr Trent’s interests include the clinical and translational research of sarcomas, the direct care of patients with sarcoma, and education about sarcoma and patient-oriented research. As associate director for clinical research, his goal is to help Sylvester faculty develop clinical trials that provide clinically effective and scientifically exciting therapy to patients with cancer in South Florida and beyond. The major focus of his clinical, educational, and research efforts are with gastrointestinal stromal tumors (GIST), chondrosarcoma, and other sarcomas. The major efforts of Dr Trent’s research focus on understanding the mechanisms of action and resistance of imatinib in GIST and other sarcomas while striving toward improved therapeutic options. His work involves the use of novel preoperative/postoperative clinical trials, prospectively acquired tumor tissue, cell lines, and archival tissue, as well as collaborations with disciplines such as the genomics facility, surgical oncology, pathology, radiology, and interventional radiology.

Newer targeted therapies for patients with gastrointestinal stromal tumors (GIST) are being developed to inhibit primary and drug-resistant KIT/PDG...READ MORE

The risk of recurrence, growth, and spread of gastrointestinal stromal tumors (GIST) after surgery relates to key variables such as the size, locat...READ MORE 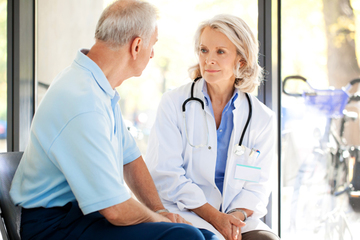 Some adverse effects, such as fatigue and diarrhea, may occur with any of the tyrosine kinase inhibitors (TKIs) used in the treatment of gastrointe...READ MORE