With the emergence of novel agents for the treatment of chronic lymphocytic leukemia (CLL), the focus has shifted away from the concept of post-chemoimmunotherapy (post-CIT) consolidation and maintenance (eg, lenalidomide-antibody). Moreover, a number of limited-duration, novel-agent combinations are currently being explored in clinical trials.

Q: What roles do consolidation/maintenance therapies have in CLL?

“Despite some data, there has not been much traction for these maintenance or consolidation strategies.”

In terms of post-CIT and lenalidomide-antibody maintenance, I think that an advantage of CIT is its time-limited nature. With maintenance, you are giving that away and getting cumulative toxicity without survival benefit. That is why, despite some data, there has not been much traction for these maintenance or consolidation strategies. Some of the interest in this topic may stem from clinicians who want to administer ibrutinib for 6 to 12 months and then stop. Discontinuing ibrutinib after 6 to 12 months is not supported by the data as a planned strategy. Ibrutinib must be continued for as long as possible per patient tolerability.

Data for a number of time-limited therapies are emerging. The venetoclax-rituximab regimen from the phase 3 MURANO trial, which is now a registered regimen, was a 2-year, time-limited therapy plan in which venetoclax was continued for 2 years unless disease progression or unacceptable toxic effects occurred sooner. The early relapses appear to be enriched for those with 17p deletion or high levels of detectable minimal residual disease. These data are preliminary, but, if confirmed, the findings could inform some of the decisions about how long to continue treatment vs when to stop treatment. Venetoclax-obinutuzumab is another upfront 1-year, time-limited therapy that appears to have promise; however, only preliminary data have been published. There was also a study by a group in the United Kingdom that found that the addition of obinutuzumab in a delayed fashion in patients who had already achieved significant cytoreduction from ibrutinib was associated with a greater increase in complete response rates and undetectable minimal residual disease. This result was likely related to the pharmacokinetics of antibodies. Since antibodies are cleared by the disease burden, waiting to introduce the drug until the disease burden is reduced may result in a better response and may allow you to consider discontinuation. With respect to ibrutinib combinations, the ongoing, randomized UK FLAIR trial, which is comparing fludarabine-cyclophosphamide-rituximab, ibrutinib-rituximab, ibrutinib-venetoclax, and ibrutinib monotherapy in previously untreated patients, should provide some comparative information.

“In general, there is rarely a role for consolidation therapy to increase the depth of response in CLL.”

When I use ibrutinib, I do not believe that adding an antibody provides much additional benefit. Although you get a much faster response when an antibody is added to ibrutinib because the single agent–related lymphocytosis is abrogated, there is no benefit with respect to progression-free survival (PFS). Thus, if you are concerned about the white blood cell count, you could potentially add an antibody, but most clinicians are not too concerned about that. I generally use venetoclax in combination with rituximab, but for those who use single-agent venetoclax, you could make a case for adding rituximab if you get a lackluster response up front. In general, there is rarely a role for consolidation therapy to increase the depth of response in CLL. With lenalidomide, there are some patients who experience an improved response with a delay in disease progression and prolonged PFS. However, since lenalidomide is as myelosuppressive as chemotherapy from a neutrophil point of view, it is not an attractive strategy to add a myelosuppressive maintenance therapy to myelosuppressive chemotherapy. It is important to point out that lenalidomide is not being pursued in CLL, so it will never be indicated for CLL.

“We have enough problems with CIT with regard to myelosuppression and infections, and to compound that with persistent immunosuppression from a monoclonal antibody or lenalidomide as maintenance therapy (without any demonstrated survival benefit) does not make sense.”

Jennifer R. Brown, MD, PhD, is the director of the Center for Chronic Lymphocytic Leukemia of the Division of Hematologic Malignancies at the Dana-Farber Cancer Institute (DFCI) and a professor of Medicine at Harvard Medical School in Boston, MA. She completed her BS and MS degrees simultaneously in Molecular Biophysics and Biochemistry (MB&B) at Yale, graduating summa cum laude with a distinction in MB&B. She proceeded to Harvard Medical School, where she received her MD and PhD degrees in Molecular Genetics in 1998 and was awarded the James Tolbert Shipley Prize for research accomplishment in her graduating class. She then served as an intern and resident in Internal Medicine at Massachusetts General Hospital, followed by fellowship in Hematology and Medical Oncology at the DFCI. She joined the faculty of the DFCI and Harvard Medical School in 2004, where she has an active clinical-translational research program in CLL.

Dr Brown’s particular interests include the genomics of CLL and the development of novel targeted therapeutics for CLL. She has been instrumental in the clinical development of both idelalisib and ibrutinib, leading to their regulatory approvals for CLL. In the area of genomics, she has been instrumental in the description of the somatic mutation profile of CLL and is now particularly interested in the implementation of genomic technology in the clinic, including for prognosis and targeted therapy. She also has a long-standing research interest and focus on the inherited predisposition to CLL.

To date, Dr Brown has published more than 150 papers in the scientific literature, predominantly in CLL. She is an active member of the CLL Research Consortium and serves on the Alliance Leukemia and Leukemia Correlative Sciences Committees, as well as the National Institutes of Health Cancer Biomarkers Study Section. In 2014, she was the recipient of 2 awards from the DFCI: the Clinical Innovation Award and the George Canellos Award for Excellence in Clinical Investigation and Patient Care. She enjoys a worldwide reputation as a CLL expert and is in much demand as an international speaker.

Bruce D. Cheson, MD, FACP, FAAS, FASCO, attended the University of Virginia and Tufts University Medical School. He completed his internship and residency in Internal Medicine at the University of Virginia Hospitals, followed by a clinical and research fellowship in Hematology at New England Medical Center Hospital (currently known as Tufts Medical Center). From 1977 to 1984, he was assistant professor of Medicine in the Division of Hematology/Oncology at the University of Utah. From 1986 to 2002, he was Head, Medicine Section, Cancer Therapy Evaluation Program at the National Cancer Institute. Currently, Dr Cheson is Frank M. Ewing Foundation Chair in Hematology-Oncology, professor of Medicine, head of Hematology and Cellular Therapy, and deputy chief, Division of Hematology and Oncology, and fellowship program director at MedStar Georgetown University Hospital, Georgetown Lombardi Comprehensive Cancer Center.

Dr Cheson has served on several committees of the American Society of Clinical Oncology (ASCO) and was on its Board of Directors, and has edited ASCO News and ASCO Daily News. He has also served as the editor of the ASCO-SEP® and American College of Physician’s Medical Knowledge Self-Assessment Program in Oncology. From 2002 to 2006, he was on the Oncologic Drug Advisory Committee to the US Food and Drug Administration. He is past-chair of the Lymphoma Committee of the Cancer and Leukemia Group B/Alliance, the Scientific Advisory Board of the Lymphoma Research Foundation, and the American Joint Committee on Cancer Subcommittee on Lymphoma. Dr Cheson’s clinical interests focus on the development and evaluation of new therapeutic approaches for hematologic malignancies.

Susan O’Brien, MD, is associate director for clinical science at the Chao Family Comprehensive Cancer Center and medical director at the Sue and Ralph Stern Center for Cancer Clinical Trials and Research, University of California, Irvine Health in Irvine, CA. She earned her medical degree from and completed her residency in internal medicine at the University of Medicine and Dentistry of New Jersey (currently known as the Rutgers School of Biomedical and Health Sciences). She completed her fellowship at the MD Anderson Cancer Center in Houston, TX.

Dr O’Brien has been the principal investigator for more than 100 funded clinical research protocols and has authored more than 900 articles in peer-reviewed journals, 30 invited articles, and numerous book chapters and abstracts. She is currently the hematology executive officer for SWOG (formerly known as the Southwest Oncology Group Executive Committee) and the hematology editor for the journal Cancer. Year after year, she is ranked nationally at the top in her field by America’s Top Doctors, Super Doctors, and America’s Top Doctors for Cancer. 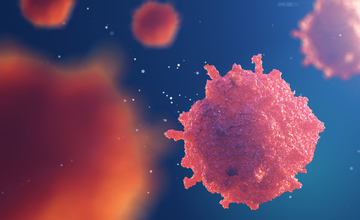 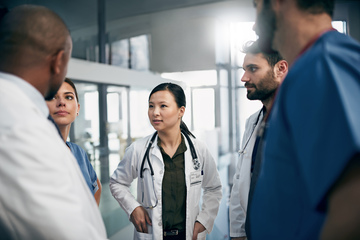 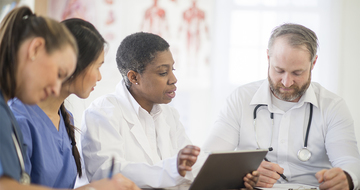