Epilepsy is the most common neurologic manifestation of TSC, affecting 80% to 90% of patients with the disease, with high rates of treatment resistance. The onset of epilepsy in the majority of those with TSC occurs before the age of 2 years, which is a critical time in neurodevelopment.

How does seizure control impact outcomes in patients with TSC?

“Providing the best-possible seizure control in TSC is critically important for a child's ultimate long-term development, including their intellectual and social development.”

Patients with TSC often begin having seizures before the second year of life. Infantile spasms are essentially a type of myoclonic seizure that develops in babies, and these seizures are linked to the worst outcomes. Focal onset seizures may occur in TSC and can be accompanied by altered mental status, automatisms, or simple movements. Focal onset seizures in patients with TSC are not good for development, but their impact is less significant than that of infantile spasm–associated seizures.

Sometimes, these 2 types of seizures occur together in the same individual; if that happens, it does not necessarily mean that the child will experience severe impairment. In these instances, we want to be as aggressive as possible with treatment (ie, initially with medications and then with other therapies) to gain seizure control. If not, these patients could lose this critical window of development. Early seizure control maximizes the likelihood of the patient having a normal IQ and positive functional outcomes, such as achieving independence and living productively in society. Therefore, the potential payoff for early seizure control in these patients is substantial.

Controlling seizures in individuals with TSC is critically important. If patients are still having seizures from TSC despite treatment, as clinicians, we need to understand why. Both treatment-refractory and early onset epilepsy are associated with intellectual disability in TSC, while seizure control and remission are associated with lower rates of cognitive impairment. The early onset of epilepsy (ie, in the first year of life) is also linked to a high risk of cognitive decline and neuropsychiatric problems, including autism.

Epilepsy and the other neurologic symptoms of TSC, cognitive impairment, autism, and behavioral disorders are interconnected. Many researchers have shown that early onset seizures, infantile spasms, and refractory epilepsy have a significantly negative impact in TSC, and this is true with other epilepsies as well. Having infantile spasms constitutes a medical emergency, and prompt diagnosis and treatment are critical, yet this can be challenging because spasms can be subtle or they can be mistaken for normal baby movements.

In the future, I hope that we can convert TSC into a chronic disease that is more manageable over the long-term, similar to what is being done in oncology. This might involve not only surgical resection when possible but also other treatment modalities. The discovery of the significance of the mammalian target of rapamycin pathway—or of “mTORopathies,” if you will—and drugs that inhibit that pathway offers hope that we can take a disease that can have a profound neurologic impact on development and cognition and turn it into a more manageable entity that can be managed chronically, with interventions on multiple levels.

“Approximately one-third of children with TSC who do develop infantile spasms have a normal cognitive outcome, which has always been very intriguing to me. Good outcomes were dependent on how quickly the infantile spasms were identified and treated, and on the features of the EEG at the time of diagnosis.”

It is critically important to control seizures in patients with TSC. Approximately one-third of children with TSC will have infantile spasms. Unfortunately, there are often delays from the onset of infantile spasms to the diagnosis, and this stems from a number of causes. We need to do all that we can to improve the recognition and awareness of infantile spasms by parents, primary care physicians, pediatricians, and any other practitioners or individuals who are positioned to assist with early detection. If a baby is diagnosed early on, either prenatally or in infancy, prior to the onset of seizures, in our practice we initiate monthly electroencephalograms (EEGs). We also show parents videotapes on YouTube of what infantile spasms look like to help them become more aware and detect them early.

Approximately one-third of children with TSC who do develop infantile spasms have a normal cognitive outcome, which has always been very intriguing to me. Good outcomes were dependent on how quickly the infantile spasms were identified and treated, and on the features of the EEG at the time of diagnosis. Earlier onset and greater severity during the first 2 years of life are observed in individuals with a slower gain in intellectual ability. Overall, these observations demonstrate a cascading longitudinal pathway from early epilepsy severity to long-term intellectual ability, underscoring the importance of early detection and the control of seizures, as well as regular neurocognitive assessments and support to improve the intellectual outcomes of patients with TSC.

David N. Franz, MD, is professor of pediatrics and neurology and associate director of clinical affairs, Division of Neurology, at the University of Cincinnati College of Medicine in Cincinnati, OH. He founded the Tuberous Sclerosis Clinic at the Cincinnati Children’s Hospital Medical Center in 1992. This clinic provides multidisciplinary care to patients and families with tuberous sclerosis complex (TSC) of all ages, including prenatal care to pregnant women with babies affected by TSC. Since its inception, it has provided care for approximately 1400 individual patients with TSC.

Dr Franz was born and raised in Dayton, OH. After high school, he attended Earlham College in Richmond, IN, and medical school at The Ohio State University College of Medicine in Columbus, graduating in 1985. He completed his residency in pediatrics at the Wright State University–affiliated hospitals in Dayton, OH. He completed his neurology training at the University of Cincinnati/Cincinnati Children’s Hospital Medical Center.

Dr Franz has had a leading role in multiple clinical trials involving mTOR inhibitors in the treatment of TSC, including the use of these agents for subependymal giant cell astrocytoma, epilepsy, renal angiomyolipoma, and pulmonary lymphangioleiomyomatosis.

He received the Society for Neuro-Oncology Pediatric Clinical Research Award in 2010 in recognition of these efforts. He has also been involved internationally with founding TSC clinics and improving care for children and families dealing with this condition.

Gary W. Mathern, MD, is the Dr. Alfonsina Q. Davies Endowed Chair in Honor of Paul Crandall, M.D. for Epilepsy Research at the University of California, Los Angeles (UCLA) and professor in-residence in the Department of Neurosurgery and the Department of Psychiatry and Biobehavioral Sciences. After completing medical school at Case Western Reserve University in Cleveland, OH, in 1982, he completed his internship at Cleveland Clinic and his neurosurgery residency at UCLA. He also completed an epilepsy fellowship under Jerome Engel Jr, MD, PhD, in 1993 before joining the faculty at UCLA, where he was neurosurgical director of the Pediatric Epilepsy Surgery Program from 1997 to 2014.

Dr Mathern’s clinical and basic science research focuses on the surgical treatment of pediatric patients with epilepsy, such as those with cortical dysplasia, tuberous sclerosis complex, and Rasmussen encephalitis. In addition to an endowed chair, Dr Mathern was awarded the Ambassador for Epilepsy Award by the International League Against Epilepsy in 2013 and the Founder’s Award by the American Epilepsy Society in 2016.

Elizabeth A. Thiele, MD, PhD, is director of the Pediatric Epilepsy Program, director of the Carol and James Herscot Center for Tuberous Sclerosis Complex, and director of the Dravet Syndrome Comprehensive Clinical Program at Massachusetts General Hospital in Boston. Dr Thiele is also professor of neurology at Harvard Medical School.

Dr Thiele received her MD and PhD from the Johns Hopkins University School of Medicine in 1990. She completed a residency in pediatrics at The Johns Hopkins Hospital in Baltimore and a residency in child neurology with the Harvard-Longwood Neurology Training Program. In addition, she completed a neuroscience fellowship at Boston Children’s Hospital. Dr Thiele is board certified in neurology with a special qualification in child neurology, epilepsy, and clinical neurophysiology.

Dr Thiele directs clinical research efforts in the neurologic aspects of tuberous sclerosis complex, including epilepsy, autism, and mental health issues. She has been the principal investigator for several clinical trials in tuberous sclerosis complex, Dravet syndrome, and Lennox-Gastaut syndrome. She also works on improving dietary therapies for epilepsy, including the low glycemic index treatment.

Dr Thiele has received awards for teaching in residency programs at Massachusetts General Hospital and the Longwood Neurology Program, and for research mentoring from the Harvard-MIT Program in Health Sciences and Technology. She also received the Manuel R. Gomez Award from the TSC Alliance in 2008, the inaugural John M. Freeman Award in 2014, and the Infantile Spasms Heroes Award from the Child Neurology Foundation in 2014. 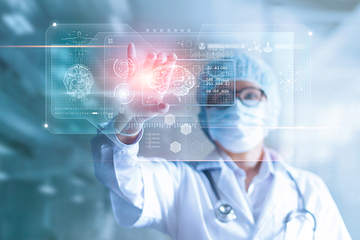 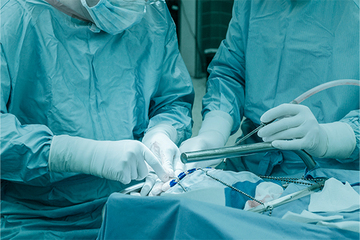 A tailored approach that explores all of the available options is needed for maximal seizure control and optimal outcomes in tuberous sclerosis com...READ MORE 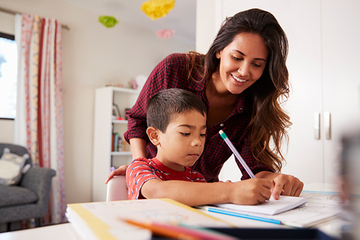 Influence of Seizures on Developmental Outcomes in Tuberous Sclerosis Complex