Many adults with multiple sclerosis (MS) are no longer able to work as early as 5 years after diagnosis, and this is most commonly because of disability. This is a major concern for patients who may live for 30 to 40 years with the disease. Disease-modifying therapies improve the physical disability for some patients with MS, but improving the cognitive disability remains an unmet need of this patient population. Results of randomized, placebo-controlled trials have shown that the rate of reduction in disability progression ranges from 12% to 42% among patients with relapsing-remitting MS treated with disease-modifying therapies compared with placebo. Treatment strategies depend on the individual patient and his or her prognostic factors. Some physicians may start with more aggressive therapies, especially if multiple poor prognostic factors are present, or they may decide that a step-wise approach to treatment may better suit the patient who presents with favorable prognostic factors. The risk of ongoing disease versus the risks of therapy need to be considered for each patient. Drugs that more effectively control the disease process and prevent disability progression may lead to decreased immune surveillance. On the other hand, the step-wise approach may lead to more treatment failures, with each failure contributing to disability progression for the patient. The disadvantage of this approach is that each time a patient fails a treatment, he or she accumulates brain or spinal cord damage. Our featured experts in the field discuss treatment strategies for reducing active symptoms and delaying disability in patients with MS.

Q: What is the most effective treatment strategy for reducing active symptoms and delaying disability in patients with MS?

“Early B-cell depletion appears to have a major effect on stopping the inflammatory process associated with early MS, and may be the most effective drugs for stopping flare-ups with minimal side effects.”

Although there have not been head-to-head comparisons of ocrelizumab (B-cell depletion), natalizumab (T-cell traffic blocking), or alemtuzumab (anti-CD52) with fingolimod or dimethyl fumarate, I think that most of us agree, and the literature strongly suggests, that the former drugs are most effective and should be used as a first line. Specifically, early B-cell depletion appears to have a major effect on stopping the inflammatory process associated with early MS, and may be the most effective drugs for stopping flare-ups with minimal side effects. Alemtuzumab is similarly a highly effective way of stopping relapses, but there is the issue of drug-induced autoimmunity. Approximately 35% of patients develop autoimmune thyroid disease, 1% to 2% of patients develop idiopathic thrombocytopenic purpura, and there have been a few reported cases of Goodpasture syndrome. This suggests that ocrelizumab may be the most cost-effective in terms of therapeutic index. Still, those 2 drugs are clearly the most effective. An additional issue with natalizumab is progressive multifocal leukoencephalopathy, with approximately half of the patients being positive for the JC virus. Also, some patients will have a flare-up when they discontinue taking natalizumab. However, while the most effective method of stopping the disease may be with ocrelizumab and alemtuzumab, the major question is whether these drugs stop the disease from entering the progressive phase later on. We do not know the answer to that question.

“There are individuals I see clinically and I would like to start them on a drug such as alemtuzumab. Alemtuzumab, unlike ocrelizumab or natalizumab, provides 55% relapse-free activity at 7 years, without re-treatment.”

Despite some thoughts on platform therapies that I have expressed previously, and that most people do not need these kinds of aggressive treatments, I think that alemtuzumab is a unique kind of medicine because it does 2 things at once. The drug is immunosuppressive, for at least the first 2 years or longer, but it is also immune-reconstitutive, meaning that it does not affect the bone marrow directly, and it recruits more regulatory populations into the blood and into the immune system after several years. There are issues with the drugs, particularly as they affect the thyroid, and the autoimmune problems in the early return of B cells, but when you examine the evidence, you can superimpose the relapse-free 5-year data of alemtuzumab upon that of autologous bone marrow transplants, (There were a number of meta-analyses published last year, including 1 in JAMA Neurology [formerly Archives of Neurology] and 1 in Neurology.) Dr Hafler had mentioned that, throughout the world, alemtuzumab can be used as a first-line agent; however, in this country we are not allowed to use it until the patient “fails” 2 other therapies. There are individuals I see clinically and I would like to start them on a drug such as alemtuzumab. Alemtuzumab, unlike ocrelizumab or natalizumab, provides 55% relapse-free activity at 7 years, without re-treatment. This would be my approach to aggressive therapy, currently limited by our ability to get it through the insurers, the payers.

“The outcomes we are really looking for are prevention or delay of transition from relapsing MS to a more disabling progressive form of the disease.”

That remains an open question and an area of active debate. There is no question that currently available therapies are beneficial, but in what order or sequence they should be used and which therapy should be used first remain a major challenge. In general, many clinicians have used, at least up until recently, a so-called step-wise approach where the clinician might start with a platform therapy such as a self-injectable interferon or glatiramer acetate, see how the patient does, and then escalate to a more effective therapy if there is breakthrough disease. More recently, there has been emphasis on considering the use of the more highly effective therapies earlier in the disease, even as a first-line therapy, for the reason that more successful suppression of all or the vast majority of inflammatory activity right from the beginning might translate into better intermediate and long-term success. The outcomes we are really looking for are prevention or delay of transition from relapsing MS to a more disabling progressive form of the disease. And there are some data now suggesting that, perhaps, highly effective early therapy may be more likely to achieve that. Some studies now are starting to directly address that issue.

Fernández Ó. Is there a change of paradigm towards more effective treatment early in the course of apparent high-risk MS? Mult Scler Relat Disord. 2017;17:75-83.

Dr. Hafler is the William S. and Lois Stiles Edgerly Professor and Chairman Department of Neurology and Professor or Immunobiology, Yale School of Medicine, and is the Neurologist-in-Chief of the Yale-New Haven Hospital. He graduated magna cum laude in 1974 from Emory University with combined B.S. and M.Sc. degrees in biochemistry, and the University of Miami School of Medicine in 1978. He interned in internal medicine at Johns Hopkins followed by a neurology residency at Cornell Medical Center-New York Hospital in New York. Dr. Hafler was trained in immunology at the Rockefeller University and then at Harvard where he joined the faculty in 1984 and later became the Breakstone Professorship of Neurology at Harvard and was a founding Associated Member of the Broad Institute at MIT. In 2009 he moved to Yale as the Chair of the Department of Neurology. Dr. Hafler is a clinical scientist with a research interest in the mechanism of multiple sclerosis with over 370 publications in the field of MS, autoimmunity and immunology. He is a co-founder of the International MS Genetic Consortium, a group that identified the genes causing MS. Dr. Hafler has been elected to membership in the American Society of Clinical Investigation, the Alpha Omega Society, and was a Weaver Scholar of the NMSS. He has served as a member of the editorial boards for Journal of Clinical Investigation and the Journal of Experimental Medicine, and is co-founder of the Federation of Clinical Immunology Societies and leads the NIH Autoimmunity Prevention Center Grant at Yale. Dr. Hafler was a Jacob Javits Merit Award Recipient from the NIH and has won many awards including 2010 Dystel Prize for MS research from the American Academy of Neurology, the Raymond Adams Prize in 2015 from the American Neurologic Association and the 2016 Frontier Lecturer at the AAN. Dr. Hafler received the University of Miami Annual Distinguished Alumni Award in 2010.

Staley A. Brod, M.D. has been a Professor of Neurology and the Director of the Division of Neuro-immunology at MCW since 2016. Dr. Brod graduated from Williams College with a degree in Philosophy in 1972 and attended medical school in Belgium at the Rijksuniversitair Centrum Antwerpen and the Universitair Instelling Antwerpen from 1974 to 1979. He obtained his Doctor of Medicine degree from the Medical College of Ohio in 1981. He completed residencies in Internal Medicine and Neurology at the Medical College of Ohio and the Yale-New Haven Medical Center at Yale University Medical School respectively and is board certified in both Internal Medicine and Neurology. He was a Research and Clinical Fellow in Neurology at the Center for Neurologic Disease, Brigham and Women’s Hospital, Harvard Medical School from 1987-1990, an Associate Physician in Neurology at Brigham and Women’s Hospital and an Instructor in Neurology (Medicine) at the Harvard Medical School from 1990-1991.

Following his fellowship training, Dr. Brod became an Assistant Professor of Neurology in Division of Neuroimmunology, University of Texas Southwestern Medical School in Dallas from 1991-93 and subsequently Professor of Neurology in the MS Research Group at the University of Texas Health Science Center at Houston School of Medicine in 2002-2015. He follows 700 patients with multiple sclerosis and has been the principal investigator for clinical trials in multiple sclerosis and type 1 diabetes. Dr Brod is a member of the American Academy of Neurology and the International Society for Interferon and Cytokine Research. Dr. Brod has published over 130 abstracts and papers on the use of ingested type I interferon, ACTH and somatostatin in humans and animal models of autoimmune disease. He was the Barbara Jordan Research Award winner from the National Multiple Sclerosis Society, is a co-investigator of a grant investigating the basic mechanisms of multiple sclerosis funded by the Clayton Foundation, and NIH awardee.

Research Interests: Animal models of auto-immune disease; immunomodulation; oral administration of type 1 interferons and ACTH in multiple sclerosis (MS) and insulin dependent diabetes mellitus (type 1 diabetes), the use of oral somatostatin in autoimmune diseases. The research in his laboratory is directed at understanding the underlying immune abnormalities of human auto-immune disease. 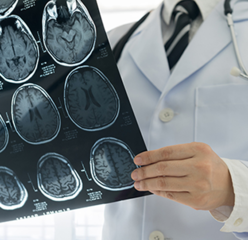 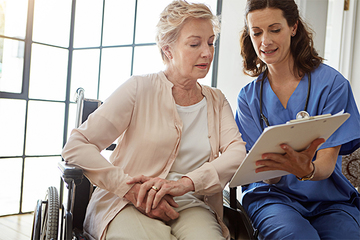 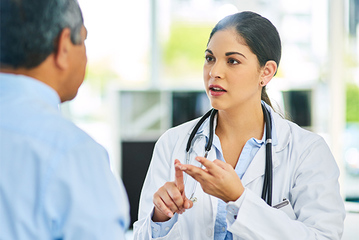