by Deborah I. Friedman, MD, MPH, FAAN Share with Doximity!

Although many different migraine triggers are documented, not all are supported by the same strength of evidence. Further, many triggers are not easily avoidable or identifiable. Nonetheless, trigger recognition and avoidance remain important aspects of comprehensive migraine care.

“Patients have their own predisposition to developing migraines, and migraine triggers may also vary individually. For example, some may develop migraines when they are under stress while others are more commonly affected once the stress is over.”

Among the factors associated with migraine headaches, some are better documented and more widely accepted as migraine triggers than others. Generally accepted triggers include shifts in sleep cycle and circadian rhythm as well as stress. Sleep is particularly suspect in shift workers and in patients who have migraines that tend to occur on weekends or on their days off. The link between stress and migraine is well documented; however, in most circumstances, stress does not actually cause the migraine. Patients have their own predisposition to developing migraines, and migraine triggers may also vary individually. For example, some may develop migraines when they are under stress while others are more commonly affected once the stress is over, which is referred to as letdown headache. The latter is more common than the former, according to work by Richard B. Lipton, MD.

A whole host of other stimuli have been linked to migraine, including bright lights, loud noises, noxious odors such as gasoline fumes, strong perfumes and colognes, hormonal changes such as those occurring in women during ovulation or in the midst of their menstrual periods, intake of certain foods such as aged cheeses and meats, and intake of monosodium glutamate and artificial sweeteners such as aspartame. In addition, fasting and caffeine withdrawal are some of the most common migraine triggers, according to work by Michael J. Marmura, MD. Chocolate has also been implicated as a trigger, although research suggests that it is more premonitory than causative. Foods containing gluten and certain dairy products aside from aged cheeses are also said to trigger migraine attacks, but conclusive evidence is scant.

In addition, there are anecdotal reports from throughout the world that heat, deteriorating weather, and falling barometric pressure can trigger migraine attacks in some people, but most studies have failed to find strong evidence of a correlation between weather and migraine. A more likely cause of migraine in these patients is anticipatory anxiety, which is common among those with migraine and those with other paroxysmal diseases such as epilepsy and multiple sclerosis.

While some factors such odors, bright lights, and hormonal changes are often not easily modified or avoided, adhering to a healthy diet and a consistent sleep schedule are actionable steps that, in addition to their other benefits, can also help prevent migraines in some patients. Although avoiding gluten-containing foods is believed by some to reduce or eliminate migraine headaches, no studies to date have provided conclusive evidence for this strategy. Another strategy employed by some physicians calls for placing the patient on a bland diet and then adding foods back in to help identify 1 or more specific food triggers. However, restrictive diets can be especially challenging for many patients to maintain long enough to determine the cause(s) of their headaches. Implementing a detailed diet and symptom journal has been shown to be one of the most effective strategies for distinguishing migraine triggers from nontriggers. By implementing food diaries, many patients are able to achieve a significant degree of relief by avoiding foods such as pizza, which may contain additives in addition to aged cheeses and meats. Similar results have been observed among patients who cease consumption of diet sodas containing aspartame. Further, when stress is a key factor, cognitive behavioral therapy or stress management techniques may be helpful. We all have stress and stress often cannot be eliminated, but these approaches enable individuals to control their reactions to stress, which, in turn, can help mitigate migraine.

As stated, in some instances, a trigger cannot be identified or avoided, and, while there are certainly benefits in trying to identify and avoid triggers, you do not want the patient to become obsessed or overly anxious while attempting to identify and avoid all of the potential triggers in their life. You must strike a balance. Finally, as noted by Marmura, maintaining a healthy weight, good sleep, and regular exercise are protective factors in migraine against the development of chronic migraine.

Deborah I. Friedman, MD, MPH, FAAN, is a professor of neurology and ophthalmology at the University of Texas Southwestern Medical Center, where she directs the Headache and Facial Pain and the Cerebrospinal Fluid Dynamics programs. She is board certified in neurology and headache medicine. She has a masters in public health degree from the University of Rochester with a focus on clinical research. She served on the executive and steering committees of the Neuro-Ophthalmology Research and Disease Investigator Consortium (NORDIC) and the Idiopathic Intracranial Hypertension Treatment Trial.

Dr Friedman received her undergraduate degree in engineering science at the Georgia Institute of Technology and her medical degree at Tulane University School of Medicine. She completed her neurology residency at Baylor College of Medicine and a 2-year neuro-ophthalmology clinical and research fellowship at the University of Southern California. Prior to joining UT Southwestern, she served on the faculty at SUNY Upstate Medical University and the University of Rochester.

Dr Friedman’s publications include more than 125 articles in peer-reviewed journals and 22 book chapters. Many of the articles are related to headache disorders, including migraine and idiopathic intracranial hypertension. Her key interests are disorders of intracranial pressure, cluster headache, and migraine. 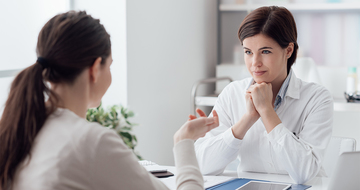 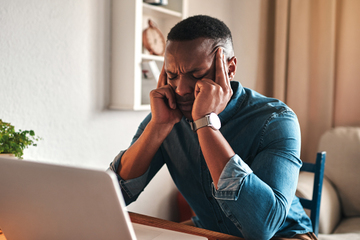 Frequent migraines and the frequent use of abortive/symptomatic treatment are associated with their own set of risks, including medication overuse ...READ MORE 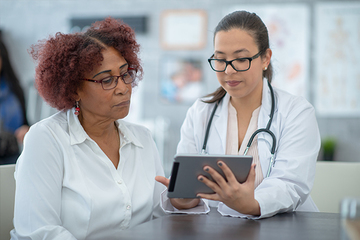 Neuromodulation is emerging as a safe and effective acute and preventive treatment strategy for patients with migraine. Our featured expert discuss...READ MORE