Work continues toward the goal of precision medicine in type 2 diabetes, with an expanding knowledge base and additional insights gleaned from genetic data. Currently available tools allow for a greater individualization of therapy for type 2 diabetes compared with the past.

What are your thoughts on precision medicine in type 2 diabetes?

“The rationale behind precision medicine in type 2 diabetes is very exciting in that it will give us the tools to further individualize treatment based on more specific aspects of the underlying pathophysiology.”

Precision medicine in type 2 diabetes is a concept that will likely continue to evolve over the next several decades. The rationale behind it is very exciting in that it will give us the tools to further individualize treatment based on more specific aspects of the underlying pathophysiology. Clinical tools that are currently available are already beginning to allow us to individualize our approach to diabetes care, as reflected by contemporary guidelines. The emphasis is dramatically shifting toward individualized treatment. This means thinking beyond hemoglobin A1C lowering and glycemic control and shifting to a more patient-tailored approach, taking into account factors such as comorbidities and risk factor modifications that can be attained. As such, the individual patient’s need for weight loss, socioeconomic factors, underlying psychosocial factors, and ability to adhere to complex treatment regimens are considerations that are all incredibly relevant right now.

Published works on precision medicine in diabetes often acknowledge the need to better define the pertinent pathophysiology at the individual patient level. Historically, patients were put into 2 very simplistic categories: type 1 diabetes and type 2 diabetes. And traditional beliefs proposed that patients with type 1 diabetes were thin and were diagnosed earlier in life, while patients with type 2 diabetes were overweight and were diagnosed in adulthood. Through practice, research, and a changing environment, we have since come to better understand that the reality of a diabetes diagnosis is much more complex. Thus, we appreciate the need to be vigilant for atypical presentations and histories. For example, latent autoimmune diabetes in adulthood can be misclassified as early type 2 diabetes. Patients with monogenic diabetes tend to be very responsive to sulfonylurea therapy, which is not often our first- or second-line go-to medication in a patient with presumed type 2 diabetes, so the recognition of these different subsets and overlapping phenotypes can be important in guiding the necessary treatment.

We anticipate that the tools that will enable us to use precision medicine in diabetes will continue to be developed and refined over the next several decades. Epidemiologic data might allow us to tailor treatment regimens to certain subpopulations of patients. In addition, a knowledge of the various genotypes that are in play in driving the pathophysiology at the individual level may enable us to predict responsiveness to certain forms of therapy. Ultimately, unique genotypes and phenotypes will be recognized and treated accordingly.

“The genotyping of patients with diabetes is not yet routine, but it is likely to be routine at some point in the not-too-distant future.”

There has been considerable progress in this area. International consortia have formed, with investigators joining forces to compile a massive amount of genetic data from individuals with and without type 2 diabetes. Such efforts aim to allow us to better understand not only the usual genetic makeup of every individual but also those target genes that we believe may be relevant to type 2 diabetes and its phenotypes (eg, genes relevant to insulin signaling in muscle cells or to the secretion of insulin by the pancreatic beta cell).

An interesting example is that of TCF7L2, which seemed to be associated with an increased risk of diabetes among persons with impaired glucose tolerance in the Diabetes Prevention Program. This work was done by Jose C. Florez, MD, PhD, and his colleagues at Massachusetts General Hospital who have been part of these international consortia. What was interesting was that risk-conferring genotypes in TCF7L2 were associated with impaired beta-cell function but not with insulin resistance. This type of genetic finding could potentially have treatment implications (ie, one patient might do better on a medication that increases insulin secretion from the beta cell, while another might benefit from improving insulin sensitivity).

Thus, the knowledge base is expanding with new insights gained from examining those sets of implicated genes, but we are not yet at the point where we can actually assign a drug treatment protocol to a specific diabetic genotype. The genotyping of patients with diabetes is not yet routine, but it is likely to be routine at some point in the not-too-distant future.

“Precision medicine is incredibly exciting. It will potentially allow us to subclassify patients who have type 2 diabetes by their genotype and phenotype and to consider which specific therapies would be most appropriate based on that profile.”

Precision medicine is incredibly exciting. It will potentially allow us to subclassify patients who have type 2 diabetes by their genotype and phenotype and to consider which specific therapies would be most appropriate based on that profile. It goes one step beyond what we currently do, which is individualized care based on a variety of patient factors, clinical factors/comorbidities, and other considerations related to the different types of pharmacotherapy that are available.

With the continued development of precision medicine in type 2 diabetes, diabetologists can more definitively conclude which drug would be the best option for each individual patient. This is crucial because type 2 diabetes is already known to be a heterogeneous disease. For example, some patients have more insulin resistance and others have more insulinopenia—and the hope of the future is that we will be better able to target our therapies to treat the individual.

We do see these phenotypes right now, in a sense. It is sometimes referred to as lean type 2, for instance, in those who are insulinopenic, where they might have more of an insulin secretory defect, whereas those who might be more obese, for instance, might have more insulin resistance as the primary pathophysiology contributing to their disease. We also see some differences according to race and ethnicity. For example, some ethnicities are more likely to develop type 2 diabetes in the absence of obesity, as defined using traditional measures.

Although we are growing closer to an era of genotyping patients with type 2 diabetes, we have not yet realized the promise of precision medicine in diabetes.

Dr Cardillo’s clinical interests include diabetes management, transplant-associated diabetes, prediabetes, and cystic fibrosis–related diabetes. She also has extensive expertise in the area of medical education at the graduate and postgraduate levels. She is currently the fellowship program director and director of education for the Division of Endocrinology, Diabetes and Metabolism at the University of Pennsylvania. She has led numerous educational initiatives in diabetes management for primary care providers and endocrinologists. She is currently serving on planning committees for Endocrine Society Clinical Endocrinology Update and the Association of Program Directors in Endocrinology.

Rita Rastogi Kalyani, MD, MHS, FACP, is an associate professor of medicine in the Division of Endocrinology, Diabetes & Metabolism at the Johns Hopkins University School of Medicine. She graduated with an undergraduate degree from Harvard College and completed her medical degree, residency, and fellowship at Johns Hopkins.

Dr Kalyani is an active clinician and sees patients regularly in the Johns Hopkins Comprehensive Diabetes Center. She directs the Diabetes Management Service for the Johns Hopkins Total Pancreatectomy Islet Auto Transplant Program. A recipient of National Institutes of Health grant funding, Dr Kalyani’s research focuses on diabetes and aging, and investigates accelerated muscle loss, disability, and frailty in older adults with diabetes. Other research interests include sex differences in diabetes and heart disease and physical functioning in other endocrine and metabolic diseases.

Marie E. McDonnell, MD, is chief of the Diabetes Section in the Division of Endocrinology, Diabetes and Hypertension at Brigham and Women’s Hospital and Harvard Medical School in Boston, MA. She is also the current director of the Diabetes Program at Brigham Health. Dr McDonnell is a graduate of Boston University School of Medicine. She completed the NewYork-Presbyterian Hospital-Columbia residency program and an endocrinology fellowship at Boston Medical Center.

Her clinical research focus is health outcomes of scalable diabetes care delivery services in the acute and ambulatory settings. Dr McDonnell’s recent major interest is bridging care gaps for patients with cancer and diabetes. She has served on several national and guideline committees and is the current chair of the Endocrine Society Clinical Practice Guidelines Committee. 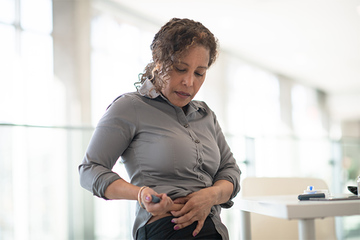 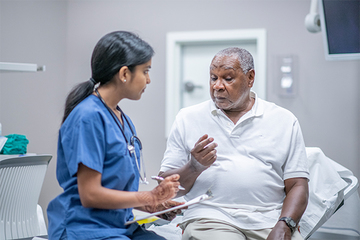 Each patient’s unique set of circumstances determines the best approach to the treatment of type 2 diabetes. Current guidelines help to narrow down...READ MORE 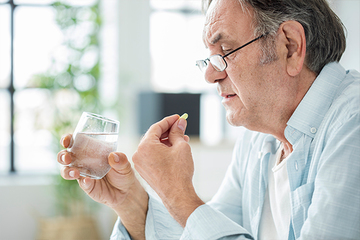 Metformin, Vitamin B12 Status, and the Risk of Diabetic Peripheral Neuropathy

Both elevated blood glucose and low vitamin B12 levels are associated with peripheral neuropathy. Since long-term metformin use may predispose indi...READ MORE

Advances In The Management Of Type 2 Diabetes