Data from several studies presented at the 64th ASH Annual Meeting and Exposition highlight the promise of proximal complement inhibition in the treatment of paroxysmal nocturnal hemoglobinuria (PNH). Newer oral agents that act proximally in the complement cascade have the potential to advance care.

“Overall, this is a very exciting time, and there is enormous potential out there for the next generation of complement inhibitors.”

The introduction of eculizumab, an anti-C5 monoclonal antibody that blocks a terminal step in the complement cascade, has revolutionized the treatment of PNH. However, over the years, it has also brought to light certain shortcomings, such as residual intravascular hemolysis and C3-mediated extravascular hemolysis. Newer terminal complement inhibitors are being developed to provide longer-lasting and more convenient options, but it is difficult to see where they will ultimately fit into the PNH treatment paradigm with the established anti-C5 therapies eculizumab and ravulizumab.

In my view, the more interesting therapies that are on the horizon are the proximal complement inhibitors, such as iptacopan and danicopan, both of which are investigational oral agents. Iptacopan inhibits factor B, and danicopan inhibits factor D. Upstream of C5, factors B and D serve as cofactors for C3 activation (ie, both are necessary as relates to C3 activation through the alternative pathway). There are many other proximal complement inhibitors that are under study, but iptacopan and danicopan are probably the furthest along in clinical development.

In a late-breaking abstract at the ASH conference, data from the phase 3 APPLY-PNH study (NCT04558918) showed the efficacy and safety of iptacopan in patients who had experienced residual anemia on eculizumab or ravulizumab (abstract LBA-2). I would anticipate that therapies such as oral iptacopan will hopefully be approved by the US Food and Drug Administration toward the end of next year. And then you might expect danicopan to emerge not far behind it, since the phase 3 ALPHA trial (NCT04469465) is nearing its planned total number of participants. Danicopan is being studied as an add-on therapy to a C5 inhibitor in that trial.

Pegcetacoplan, which also acts more proximally than the C5 inhibitors, was the first anti-C3 treatment for PNH to be approved by the US Food and Drug Administration. There was an interesting poster at the conference that focused on 3 proximal complement inhibitors (ie, pegcetacoplan, iptacopan, and danicopan) and the potential for breakthrough hemolysis (abstract 2568). Marano and colleagues noted that proximal inhibition addresses extravascular hemolysis, in addition to inhibiting membrane attack complex–mediated intravascular hemolysis, resulting in better hematological responses as compared with C5 inhibition; however, breakthrough hemolysis is a potential adverse event with any complement inhibitor in PNH. Thus, the group began to study complement breakdown fragments as potential biomarkers. Based on the findings of LBA-2, I would say that we have not seen much in the way of breakthrough hemolysis with iptacopan thus far, but this type of biomarker study is important to better understand the reasons for breakthrough hemolysis when it does occur.

Also, with further study, we might find that there are subgroups of patients with a specific complement protein variant that do not respond as expected to a given anticomplement drug. For example, in a 2014 study, C5 variant mutations at Arg885 in Japanese patients with PNH were associated with a failure to achieve blockade by eculizumab, and researchers reported a poor response to this agent among those with these mutations. So, the use of biomarkers could become increasingly important as we look to individualize the treatment of PNH in the future.

With respect to the current PNH treatment landscape, a number of important questions remain unanswered. For example, we do not know which treatment will be the most optimal. Also, oral agents have much greater acceptance, and most patients favor oral therapy over injectable treatment, but we do not know the impact of missed doses, for instance. Will these patients start hemolyzing if they miss a dose? Given the relatively short half-life of oral agents, a missed dose might be associated with lack of disease control compared with an injectable antibody. Additionally, in the long-term, we will be following thrombotic complications of the novel agents closely because the C5 inhibitors really drive that incidence way down, so we want to see the same thing with the proximal complement inhibitors.

Overall, this is a very exciting time, and there is enormous potential out there for the next generation of complement inhibitors. Complement-mediated diseases include neurological diseases, rheumatological diseases, and kidney diseases, among others, and the horizon is vast in terms of where these therapies might be potentially beneficial.

Carlos M. de Castro III, MD, is currently a professor of medicine at Duke University School of Medicine in the Division of Hematologic Malignancies and Cellular Therapy, Department of Medicine. He is also a member of the Duke Cancer Institute. Dr de Castro received his undergraduate degree from Duke University in biomedical engineering. He received his medical degree from the University of Texas Southwestern Medical Center in Dallas, where he also completed his residency in internal medicine. He completed a fellowship in hematology-oncology at Duke University Medical Center. 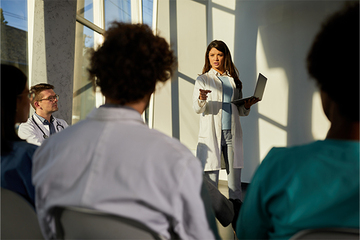 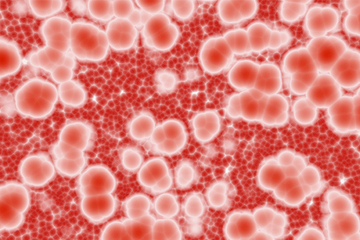 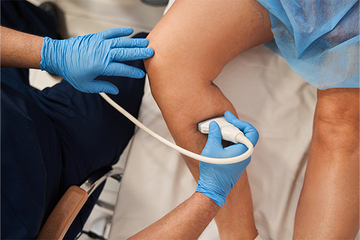 Complications such as thrombosis in patients with paroxysmal nocturnal hemoglobinuria (PNH) are less common in the era of complement protein C5 inh...READ MORE