Promising data on the use of antibody-based regimens in both newly diagnosed and relapsed/refractory multiple myeloma were presented at the 62nd ASH Annual Meeting and Exposition. The strength of the data for the CD38-directed monoclonal antibodies continued to be reported, and this has been an area of incredibly active research.

“Remarkably promising data with antibody-based regimens for multiple myeloma have emerged at ASH 2020 across a variety of treatment settings.”

Remarkably promising data with antibody-based regimens for multiple myeloma have emerged at ASH 2020 across a variety of treatment settings. In the relapsed and refractory space, antibody-drug conjugates were among the newer agents being considered. Belantamab mafodotin is a B-cell maturation antigen–directed antibody-drug conjugate that received US Food and Drug Administration approval for the treatment of relapsed or refractory multiple myeloma. It is an off-the-shelf option and is thus very practical. In the ongoing DREAMM-5 trial, belantamab mafodotin is being evaluated in combination with a variety of other platforms, including other novel agents such as oral approaches, to meaningfully increase B-cell maturation antigen expression and therefore enhance treatment effect (abstract 2299). It is important to note that the risk of corneal toxicity (ie, keratopathy) with the use of this agent is real, and it requires careful coordination with an ophthalmologist. Other antibody-drug conjugates are in development for multiple myeloma, and encouraging data presented at ASH 2020 are providing momentum to this space.

Strong data for the CD38-directed monoclonal antibodies, an area of incredibly active research, continued to be reported. For instance, in the newly diagnosed setting, an update of our phase 2 GRIFFIN study was of particular interest. Results of the GRIFFIN study, which was led by my colleague Peter M. Voorhees, MD, had previously shown the value of antibody-based quadruplet therapy (ie, daratumumab with bortezomib, lenalidomide, and dexamethasone [so-called RVD-Dara]) in a transplant-eligible, newly diagnosed population at its primary end point (stringent complete response at the end of consolidation). As reported by our partner Jonathan L. Kaufman, MD, in abstract 549, a benefit was also seen in the intention-to-treat population for the daratumumab-containing arm at the 12 months of maintenance therapy cutoff, a secondary end point. We saw minimal residual disease (MRD) negativity (10-5) climb to 62.5% at this cutoff, whereas it had been 51% after consolidation and a median follow-up of 22.1 months. The key takeaway was that the quadruplet appears to make a big difference compared with the triplet without the antibody. It was very exciting to see that the quadruplets can really magnify quality of response over time, plus these combinations appear to do so independent of transplant and with minimal additive toxicity.

Also, in the newly diagnosed/maintenance therapy setting, the anti-SLAMF7 agent elotuzumab is an underappreciated antibody that can, in my view, have a larger role, particularly because it is so well tolerated. An update of a phase 2 study showed that elotuzumab plus lenalidomide as maintenance therapy post autologous stem cell transplantation was well tolerated and was associated with an improvement in the quality of response among 38% of patients (abstract 1394).

With the success of upfront quadruplets in the transplant-eligible population, an important question then becomes: To what extent does high-dose melphalan (HDM) contribute to that success? HDM followed by autologous stem cell transplantation can significantly improve progression-free survival in appropriately selected patients, but there may be costs to this approach that are not completely understood.

In abstract 61, Samur et al reported a highly significant accumulation of mutations following HDM therapy and a significant shift to more subclonal mutations at relapse, even in those achieving MRD negativity before ultimately relapsing. Long-term follow-up data from the IFM 2009 study were presented in abstract 143, and no difference in overall survival with early vs late transplantation was observed, suggesting that there was no penalty with later transplantation or with not doing it at all, which occurred in approximately 30% of patients. The other finding from this study was that MRD negativity was a strong predictor of outcome, regardless of the treatment arm. So, I believe that, although HDM therapy is necessary in some patients to achieve maximal response and long-term clinical benefit, it may not be as helpful in others; for some patients, it is possible that it might be kept wisely in reserve.

Finally, there were a number of additional insights reported in the relapsed and refractory setting. As relates to the 2 CD38-directed monoclonal antibodies daratumumab and isatuximab, this is an area of very active research because it is still unclear which agent is best for which individuals and at which time in their disease course, especially as daratumumab is now increasingly used in first-line treatment and as part of maintenance. For instance, isatuximab may be preferable in the relapse setting in patients with certain clinical features, such as extramedullary disease, but that remains to be confirmed. One study from ASH 2020 found that isatuximab was effective as part of pomalidomide-based and other agent-based combination therapies in patients who had received prior anti-CD38 therapy with daratumumab (abstract 1371). The optimization of retreatment with anti-CD38 monoclonal antibodies in daratumumab-refractory patients, such as with the use of panobinostat and other approaches, is an ongoing area of study.

Paul G. Richardson, MD, joined the Jerome Lipper Myeloma Center in 1999 after receiving certification in internal medicine, hematology, and medical oncology, as well as working in cancer pharmacology from 1994 onwards at the Dana-Farber Cancer Institute (DFCI). He was appointed clinical director in 2001, and he led the development of several first-generation novel drugs, including bortezomib, lenalidomide, and pomalidomide. Subsequent studies have focused on next-generation novel drugs, including panobinostat, and second-generation proteasome inhibitors, including ixazomib and marizomib. More recently, his clinical innovations have been in the development of the breakthrough monoclonal antibodies elotuzumab and daratumumab for the treatment of both untreated and relapsed myeloma, as well as isatuximabin the relapsed and refractory setting, and, since then, antibody drug conjugates including belantamab mafodotin and other immunotherapeutic strategies. Further, he is leading the development of melflufen, a targeted and novel cytotoxic, and selinexor, a first-in-class small molecule that inhibits the nuclear export protein XPO1.

At present, his major efforts have been focused on the Intergroupe Francophone Myelome (IFM)/DFCI clinical trial in newly diagnosed patients eligible for stem cell transplant treated with lenalidomide, bortezomib, and dexamethasone (so-called RVD). This regimen has generated an unprecedented response rate, leading to its adoption in this international study, as well as in the United States and elsewhere, which incorporates genomic and proteomic evaluation to establish a future platform for tailored therapy.

Dr Richardson has published extensively, having authored or coauthored more than 410 original articles and 320 reviews, chapters, and editorials in peer-reviewed journals. In addition to holding positions on the editorial boards of leading journals, he is prior chairman of the Multiple Myeloma Research Consortium (MMRC), Clinical Trials Core, a position that he held for 5 years as part of a rotating tenure and for which he continues as a member of the Steering and Project Review Committee. He was also a member of the American Society of Clinical Oncology (ASCO) Hematologic Malignancies Subcommittee for the required 1-year term, followed by a 1-year term on the ASCO Internet Cancer Information Committee during 2017. He was appointed chair of the Alliance Myeloma Committee in 2011 and continues in this important role today.

Honors include the George Canellos Award for Excellence in Clinical Research and Patient Care and The Tisch Outstanding Achievement Award for Clinical Research, as well an honorary Fellowship of the Royal College of Physicians (UK), given in recognition for international contributions in multiple myeloma and stem cell transplantation. He was a co-recipient of the prestigious Warren Alpert Foundation Prize in recognition of the successful therapeutic targeting of the ubiquitin-proteasome pathway in 2012. He was also a co-recipient of the Accelerator Award for contributions to clinical research and patient enrollment in MMRC studies, as well as the Research Center of the Year Award in 2009, followed by a second award for Center of the Year in 2017. He was ranked by Thomson Reuters Science Watch amongst the top 19 investigators at DFCI for the most highly cited research in 2016. He was the recipient and co-recipient, respectively, of the American Society of Hematology Ernest Beutler Prize for clinical science and translational research in the development of proteasome inhibition as an effective treatment strategy for multiple myeloma in 2015, the COMy Award for multiple myeloma research (Paris, France) in 2016, the prestigious International Myeloma Foundation Robert A. Kyle Lifetime Achievement Award in 2017, and the Claire W. and Richard P. Morse Research Award for outstanding clinical research, awarded by the DFCI in 2019. 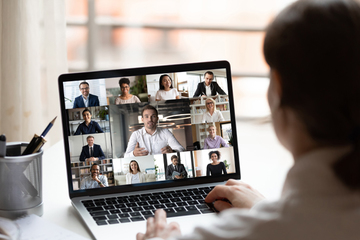 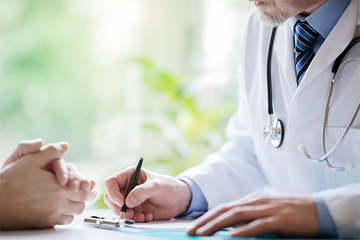 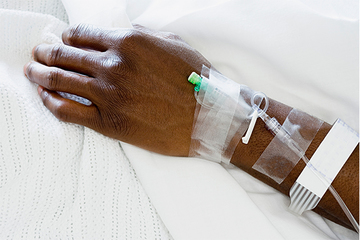