Immunotherapy has an established role in the treatment of advanced non–small cell lung cancer (NSCLC) and a growing role in the approach to earlier-stage NSCLC. At the 2022 ASCO Annual Meeting, data continued to support the incorporation of immune checkpoint inhibitors (ICIs) in the neoadjuvant and adjuvant settings.

“We have certainly seen the maturation of immunotherapy as effective therapy for patients with NSCLC, and there is now a clear role for ICIs in earlier-stage disease.”

For me, the biggest development that emerged from the 2022 ASCO Annual Meeting was confirmation that immunotherapy plays a prominent and critical role in earlier-stage NSCLC. As with the development of other therapies, there has been an evolution in the use of immunotherapy, starting with patients with previously treated disease, then untreated disease, and then locally advanced disease. We have certainly seen the maturation of immunotherapy as effective therapy for patients with NSCLC, and there is now a clear role for ICIs in earlier-stage disease.

The optimal treatment of patients with locally advanced, marginally resectable NSCLC has been a challenging area over the years. For example, in a patient with a T3 or T4 lesion and ipsilateral mediastinal lymph nodes (ie, stage IIIB), the best treatment sequence has not always been clear based on the available data, and the role of neoadjuvant chemotherapy and chest radiation has, likewise, been unclear.

We recently received clarification about the role of neoadjuvant chemotherapy plus immunotherapy. The phase 3 CheckMate 816 study was published in May 2022. Patients with early stage, resectable NSCLC were given a nivolumab–plus–platinum-based chemotherapy, and they had a very dramatic difference in outcomes compared with the chemotherapy arm. The pathological complete response rate was 24% with nivolumab plus chemotherapy, but it was only 2.2% in the chemotherapy arm. We later learned that the pathological complete response was closely associated with progression-free and overall survival. These results are dramatic, and we started to incorporate this regimen into our practice earlier this year.

Similarly, the NADIM II study, which was presented at ASCO 2022, showed very dramatic results with nivolumab plus chemotherapy as neoadjuvant therapy in patients with resectable stage IIIA NSCLC (abstract 8501). A potential concern in neoadjuvant studies is that you might have fewer patients who can proceed to resection because you are delaying surgery. In CheckMate 816, the addition of nivolumab to neoadjuvant chemotherapy did not impede the feasibility of surgery. In NADIM II, 91% of the patients in the nivolumab-plus-chemotherapy arm were able to go to resection. That rate is not much different from what you would expect to see without nivolumab. That is, cases initially deemed operable from clinical staging but during the operation are revealed to be unresectable because of unsuspected extension of the lung cancer beyond the resection margin. Results from these and other trials have changed the treatment paradigm for patients with locally advanced NSCLC.

Moreover, earlier this year, data from Le Pechoux et al suggested that postoperative radiotherapy is not effective in patients with completely resected NSCLC and proven N2 disease. In their Lung ART study, previous neoadjuvant or adjuvant chemotherapy was allowed, and the 3-year disease-free survival (DFS) was assessed with and without postoperative radiation. Radiation was not associated with an increased DFS in patients with stage IIIA N2 NSCLC. So, if you end up with N2 mediastinal nodal involvement at the time of surgery, we now know that it does not help to give chest radiation.

This leaves us with chemotherapy and immunotherapy for use in the adjuvant setting, and, in that regard, the IMpower010 study began to change our practice as soon as it came out in 2021. IMpower010 enrolled approximately 1000 patients who had good performance status and completely resected early stage disease and randomized them to receive either atezolizumab after their platinum-based chemotherapy or observation/best supportive care after chemotherapy. The risk of recurrence or death with atezolizumab vs best supportive care was reduced by 34% in the stage II to IIIA population whose tumors expressed PD-L1 on 1% or more of the tumor cells and by 21% in all patients in the stage II to IIIA population. This is a dramatic benefit that is consistent with what we saw in the neoadjuvant setting. We consider this approach for all patients with completely resected early stage NSCLC and a PD-L1 of 1% or higher.

Also in the adjuvant setting, the PEARLS/KEYNOTE-091 study, which included 1177 patients, reported an updated analysis examining subgroups (abstract 8512). The study population was somewhat similar to that of IMpower010. Patients who were surgically resected with early stage disease received conventional treatment and then were randomized to receive either pembrolizumab or observation afterwards. The DFS was improved with pembrolizumab, with a hazard ratio of 0.76. In the poster discussion session, it was noted that, regardless of the type of surgery, lymph node involvement, tumor size, and type and extent of adjuvant chemotherapy in patients with completely resected stage IB (T ≥4 cm) to IIIA NSCLC, pembrolizumab generally improved DFS compared with placebo. In these immunotherapy trials in early stage NSCLC, the results tend to be more dramatic in patients with larger stage III tumors, but there are still benefits in the earlier stages. DFS is a relatively accurate surrogate for overall survival, and these data continue to mature.

Thus, we have 2 different ICIs (ie, atezolizumab and pembrolizumab) with evidence for prolonged progression-free and overall survival in the adjuvant setting. In assessing these outcomes, in the adjuvant trials (eg, KEYNOTE-091 and IMpower010), you have accurate surgical staging because the patients go to resection first. In the neoadjuvant studies (eg, CheckMate 816 and NADIM II), clinical staging is by radiographic imaging, and it is the radiographic and pathological responses that are assessed. Although radiographic responses are not entirely accurate in predicting major pathological response or pathological response, there is still a relationship—it is just not a one-to-one relationship.

This information is brought to you by Engage Health Media and is not sponsored, endorsed, or accredited by the American Society of Clinical Oncology. 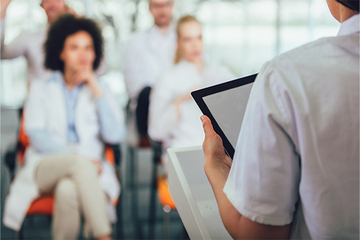 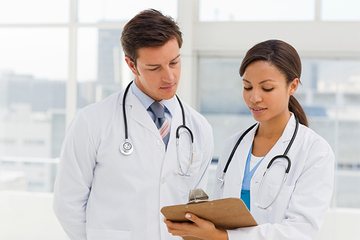 At the 2022 ASCO Annual Meeting, several studies highlighted the promise of combination strategies and the optimal incorporation of immune checkpoi...READ MORE 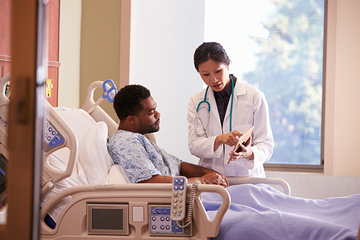 Immuno-oncology has transformed the treatment paradigm across multiple tumor types and histologies. Proceedings from the 2022 ASCO Annual Meeting h...READ MORE

Biomarkers of Response to PD-1/PD-L1–Directed Therapy