“Regarding later-line CML therapy, another area of unmet need, we want to know what our best salvage therapy is and how to best treat patients who have multidrug resistance and/or intolerance. These are complicated questions because there may be a mix of resistance and intolerance in a given patient and in populations with CML.”

One of the challenges in CML lies in determining optimal frontline therapy, and this is especially difficult given that we have such a robust therapeutic landscape that includes 4 frontline options (ie, imatinib, bosutinib, dasatinib, and nilotinib). And we are always looking to further optimize frontline treatment through novel approaches, so this is an ongoing unmet need. Additionally, another unmet need occurs in later-line CML treatment, in the setting of multiple tyrosine kinase inhibitor (TKI) resistance and intolerance.

Abstract 79 was one of the most prominent abstracts at ASH 2022 that focused on optimizing the initial treatment of CML, as it offered a first look at asciminib in the front line. Yeung and colleagues reported the interim results of the Australasian Leukaemia Lymphoma Group CML13 ASCEND-CML trial, an open-label, phase 2 study of patients with newly diagnosed CML. At the time of data cutoff, 79 patients had been enrolled and treated with asciminib.

This trial was designed with an option to add an ATP-competitive TKI to asciminib if needed, but the remission rates with asciminib alone were sufficiently high enough that none of the participants needed to receive combination therapy. Early molecular response was achieved by approximately 94% of patients. The most common adverse events were cytopenias and lipase elevations, and there were very low rates of grades 3 and 4 events; only 1 patient had elevated liver enzymes. At a median follow-up of 11 months, there were no cases of arterial vascular occlusive events. Further, there was 1 case of very severe bone marrow suppression, and there were 3 cases of resistance among the 98 patients, including 1 lymphoid blast crisis.

Taken together, such complications including progression and severe myelosuppression may be expected in a trial such as this one, where you are observing a substantive cross-section of the CML population at diagnosis. Although we would like to subvert resistance entirely with our best initial therapy, I think that limitations are still an issue that we have to tackle; however, overall, the findings of this study are encouraging. The early molecular response rates and the major molecular response rates were very high, and the number of patients who discontinued asciminib therapy due to toxicity or any type of disease-related event was very small.

Regarding later-line CML therapy, another area of unmet need, we want to know what our best salvage therapy is and how to best treat patients who have multidrug resistance and/or intolerance. These are complicated questions because there may be a mix of resistance and intolerance in a given patient and in populations with CML.

I think that we are now moving toward having a family of drugs in this resistant/intolerant space. Asciminib was approved by the US Food and Drug Administration in the third line in 2021, and ponatinib was initially approved in 2012 but has since had its label updated to reflect the OPTIC study, clarifying the starting dose and the ability to reduce the dose and improve the side-effect profile. Asciminib and ponatinib have never really been directly compared in clinical trials, and both are possible treatments for patients who have failed multiple therapies, including a second-generation TKI, and for those with a T315I mutation.

Outside of the United States, there has been a fairly aggressive ongoing research agenda, and there were some updates at the ASH conference on olverembatinib, a third-generation TKI with activity against the T315I mutation and a unique every-other-day dosing schedule. I would characterize the data from China presented at ASH 2022 as confirmatory. It is also worth noting that the trial populations had not had the opportunity to receive either asciminib or ponatinib, so it is almost like looking at resistant and intolerant CML from the previous (pre-ponatinib approval) treatment era (abstracts 81 and 83). Olverembatinib, however, performed very well, and the long-term follow-up showed that many of its toxicities tended to diminish over time. Some of the questions that came up during the presentations were highlighting subtle—but perhaps important—toxicities such as proteinuria and dermatologic adverse effects. There were high rates of thrombocytopenia and bone marrow suppression, with a fair amount of grade 3 to 4 cytopenias, but the drug appears to be safe and very active in populations that are enriched for T315I mutations. ASH 2022 also provided us with a first look at olverembatinib in a North American study (abstract 82). The findings revealed that the tolerability was similar to slightly better than what we had seen in the narrower data set from China, and the drug was quite active, especially in ponatinib-exposed patients.

I think that most of the newer TKIs may be challenged by non-BCR::ABL mutation–driven resistance or compound mutations, which brings up another major topic that was discussed at the ASH conference: mutations "beyond" BCR::ABL1 that may have significance in CML. Reports from several groups have suggested that other myeloid mutations (eg, ASXL1) that were previously identified as prognostic in other disease states, including myelofibrosis, may have a similar impact in CML. We are seeing that challenging-to-treat CML cases are often associated with clonal hematopoiesis and secondary mutations such as ASXL1 or zinc finger mutations (abstracts 331, 332, and 1704). Based on these data, we may have to start inquiring about the presence of such mutations routinely and early on in CML, perhaps to enhance our risk stratification capabilities.

Michael J. Mauro, MD, is leader of the Myeloproliferative Neoplasms Program and professor of medicine at Memorial Sloan Kettering Cancer Center in New York, NY. After receiving his BS in biology from Dartmouth College and his MD from the Geisel School of Medicine, both in Hanover, NH, he completed residency and fellowship training at the NewYork-Presbyterian Hospital/Weill Cornell Medical Center in New York.

Before joining Memorial Sloan Kettering Cancer Center, Dr Mauro was on the faculty of Oregon Health & Science University in Portland for 13 years, where he directed the Chronic Myeloid Leukemia (CML) Clinical Trial Program and was involved in the early development and sentinel clinical studies of ABL kinase inhibitors for CML.

Dr Mauro’s clinical expertise is in treating patients with CML and other myeloproliferative disorders, including myelofibrosis, polycythemia, and thrombocytosis, as well as less common conditions such as eosinophilic and mast cell disorders. His research interests are focused on the development of novel agents for CML, increasing the options for treatment-free remission/functional cure in CML, and the identification and management of tyrosine kinase inhibitor–related adverse events (specifically cardiovascular events). He holds positions on the boards of the International Chronic Myeloid Leukemia Foundation, The MAX Foundation, and the Leukemia & Lymphoma Society. 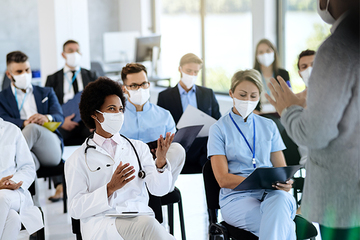 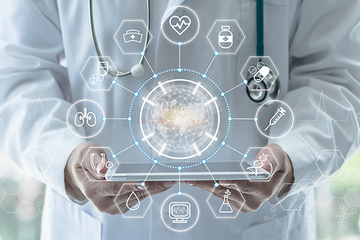 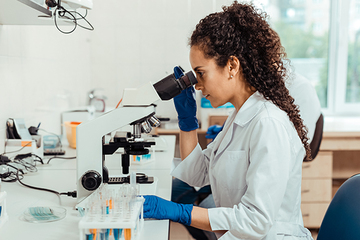 As reflected in data presented at the 63rd ASH Annual Meeting and Exposition, efforts are underway to refine current approaches to the management o...READ MORE