by Jan A. Burger, MD, PhD Share with Doximity!

First-line treatment for chronic lymphocytic leukemia (CLL) was the focus of several presentations at the 63rd ASH Annual Meeting and Exposition. Overall, chemotherapy-based regimens for CLL are on the decline.

"The novel agents will dominate the treatment field here in the United States and globally, at least in the health care systems that have access to and can afford the new agents. While I would like to see this evolution happen more quickly, I think that most hematologist-oncologists have been convinced and encouraged by the data for the BTK inhibitors and venetoclax."

The availability of novel agents has increased treatment options in both the front- and second-line settings CLL. These agents include Bruton tyrosine kinase (BTK) inhibitors such as ibrutinib and acalabrutinib, the BCL-2 inhibitor venetoclax, and phosphoinositide 3-kinase inhibitors such as idelalisib. Anti-CD20 monoclonal antibodies such as rituximab and, more recently, obinutuzumab are also included in many targeted regimens.

Given the improvement in outcomes with these newer agents, treatment recommendations and practice patterns have also evolved. Mato and colleagues presented an analysis of prescribing trends in community practice at ASH 2021 based on the Flatiron Health database, drawing from approximately 280 cancer clinics and approximately 800 different sites of care in the United States (abstract 4086). Overall, the results indicated that, from December 2015 to December 2020, ibrutinib was the most common first-line treatment, followed by bendamustine plus rituximab (BR) and rituximab monotherapy. Additionally, over each subsequent 2-year period, treatment patterns for the top 10 first-line treatment regimens shifted (ie, the use of novel targeted oral agents increased from 27.1% in 2015-2016 to 63.8% in 2019-2020). To me, these results suggest some differences between academic and community practice settings. Chemoimmunotherapy (CIT) is still being used in community settings to some degree today based on this analysis, while academic institutions have shifted toward primarily using targeted therapies over the years. Single-agent CD20 antibodies are not very effective for the treatment of CLL, although they can sometimes be useful in selected situations, primarily for autoimmune complications. Generally, I think that these data underscore the overall trend toward using targeted therapies, as the use of traditional chemotherapy-containing regimens is on the decline, which is a take-home message from the study by Mato et al (abstract 4086).

Clearly, this is a positive development that is supported by the survival data from a series of randomized trials comparing chemotherapy-containing regimens with the novel agents, which consistently demonstrated better survival outcomes with the newer agents. BR has been used as a comparator arm in several of the trials with BTK inhibitors or venetoclax, and the survival outcomes and the safety profiles clearly favor the newer agents. In fact, at ASH 2021, Woyach and colleagues reported updated data from the A041202 trial (abstract 639), which had previously shown that ibrutinib regimens prolong progression-free survival to a greater extent than BR in older patients with treatment-naive CLL. Now at 55 months, researchers revealed that the benefits of ibrutinib regimens over CIT were consistent for all subgroups of patients (ie, as defined by TP53 abnormalities, 11q deletion, complex karyotype, and IGHV); no additional benefits of rituximab when combined with ibrutinib were reported. Additionally, results indicated that there were greater benefits of ibrutinib regimens over CIT among patients with TP53 abnormalities compared with individuals without TP53 abnormalities (abstract 639).

Historical first-line CIT regimens for CLL, such as fludarabine, cyclophosphamide, and rituximab (FCR) and BR, are still around but, rightfully, are on the decline in CLL therapy. The novel agents will dominate the treatment field here in the United States and globally, at least in the health care systems that have access to and can afford the new agents. While I would like to see this evolution happen more quickly, I think that most hematologist-oncologists have been convinced and encouraged by the data for the BTK inhibitors and venetoclax.

Jan A. Burger, MD, PhD, is a professor of medicine at The University of Texas MD Anderson Cancer Center in Houston, TX. Dr Burger received his MD/PhD degrees at Albert Ludwig University of Freiburg in Germany, with subsequent clinical training and board certification in internal medicine and hematology/oncology at Freiburg University Hospital, before moving to MD Anderson in 2005. In 2006, he received the “Venia legendi” (Habilitation) for Internal Medicine at Albert Ludwig University of Freiburg. Moreover, from 1996 to 1999, Dr Burger received postdoctoral research training in hematology and immunology at the University of California, San Diego.

As a laboratory and clinical investigator, Dr Burger focuses on developing new therapeutic approaches for targeting the microenvironment in chronic lymphocytic leukemia, other B-cell malignancies, and acute leukemia. Laboratory research by Dr Burger’s group characterized B-cell chemokine receptors, such as CXCR4 and CXCR5, adhesion molecules, and B-cell receptor–associated kinases, such as SYK, BTK, and PI3 kinases, as therapeutic targets. He serves as a principal investigator on clinical trials that explore several of these targets in chronic lymphocytic leukemia.

For his innovative research, Dr Burger has received several awards, including the Arthur Pappenheim Award by the DGHO, the Kimmel Scholar Award, the ASCO Young Investigator and Career Development awards, the Leukemia & Lymphoma Society Scholar Award, and the MD Anderson Faculty Scholar Award. Dr Burger is a regular speaker at the European Hematology Association and the American Society of Hematology meetings, and he has published in the leading journals in his field. 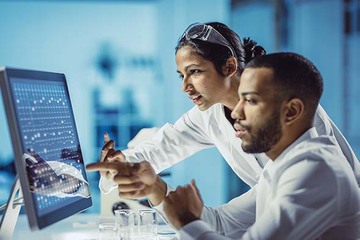 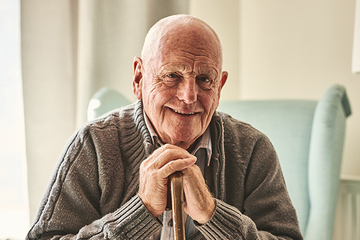 At the 63rd ASH Annual Meeting and Exposition, updated long-term data were reported from several trials of preferred frontline therapies for chroni...READ MORE 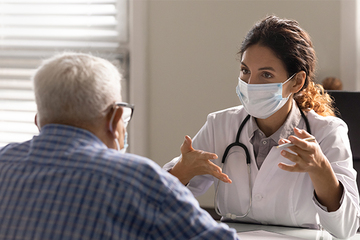