Reactions to foods may be from food intolerance rather than an immunoglobin E (IgE)–mediated food allergy. When a clinical history is suggestive of food allergy, the oral food challenge (OFC) is the gold standard for a definitive diagnosis.

“The false-positive rate with skin tests alone in the absence of a clinical allergic reaction that is consistent with an IgE-mediated process is approximately 50%, so an OFC may need to be performed if the diagnosis of food allergy is in question.”

When a child reacts to a food, the first step for the clinician is to determine whether the reaction is an allergy or whether it is due to something else, such as food intolerance. Typical symptoms suggesting an IgE-mediated allergy include hives, swelling or angioedema, coughing, wheezing, and vomiting. Hives and vomiting are the most common symptoms in children. The presence of eczema may hint at an allergic diathesis but is nonspecific.

Symptoms of an IgE-mediated reaction will almost always occur within 2 hours of ingesting the food, with most reactions starting within 15 to 30 minutes. If there are delayed symptoms, such as vomiting 2 to 4 hours after food intake, then the reaction may be due to a non–IgE-mediated allergy, such as food protein-induced enterocolitis (FPIES). With FPIES, the delayed onset of symptoms and the absence of hives and/or swelling may not raise suspicion for allergy initially, and the child may have reactions on several different occasions before seeing an allergist.

After assessing symptoms, the allergist should evaluate the patient’s dietary and reaction history, including timing, symptoms, and treatment. Did the child eat the food before or after the reaction? Is it a common food that is included in the top-8 foods that account for 90% of reactions? If it is 1 of the big-3 allergen foods (ie, milk, egg, or peanut), then it may more likely be an IgE-mediated reaction. This can be confirmed by testing serum IgE levels, but such tests may be of limited value if they evaluate large panels of allergens instead of single foods. That is, patients may test positive for multiple foods, not all of which are necessarily causing food allergies, so some positive IgE test results are actually false positives. Allergists can do selective skin testing based on the foods considered as possible allergens, and these can produce results more quickly than blood tests; however, even with skin testing, we do not recommend doing large panels of skin tests, especially if the child is eating those foods without reaction.

Because of the nutritional considerations, you do not want to eliminate many foods from a child’s diet based only on a positive IgE test or the occurrence of eczema. So, for instance, before trying an elimination diet for a child with eczema, we are happy to receive those referrals and to do the skin testing to help confirm the presence of a culprit antigen. If the skin test is positive and there are clinical symptoms of food allergy, it is likely that the child has a true allergy. However, again, if a child is not eating that food and the test is positive, the testing could be a false positive and the food is not a true allergen. Although a negative skin test is more conclusive in determining that the food is not an allergen, if a convincing food reaction occurred and the test is negative, that child should not be allowed to simply go home and eat the food again; rather, they should undergo an OFC under the supervision of an allergist.

The false-positive rate with skin tests alone in the absence of a clinical allergic reaction that is consistent with an IgE-mediated process is approximately 50%, so an OFC may need to be performed if the diagnosis of food allergy is in question. The allergist would have a conversation with the parents to explain that an allergy needs to be confirmed and that the OFC protects against the unnecessary elimination of a food from the child’s diet.

Dr Fleischer’s primary clinical interest is food allergy. His research has focused on the natural history of and novel treatments for food allergy, including oral, sublingual, and epicutaneous immunotherapies. He has authored numerous original peer-reviewed articles, review articles, and book chapters on food allergy. 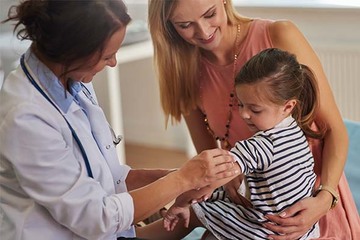 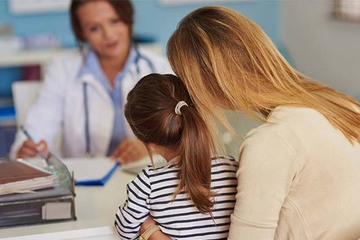 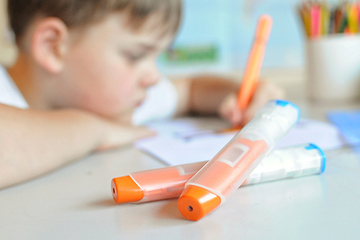